New billboards are being installed in three cities, encouraging people to "skip church" to avoid "fake news" this Christmas.

They are being produced in the US states of Texas and New Mexico by atheists who claim Christians "don't have a monopoly" over Christmas.

President of American Atheists, David Silverman said: "People ignore that fact because they enjoy the community, the friendship, and the traditions that go along with religion.

"But we're here to tell them that churches don't have a monopoly on any of that.

"There's a fantastic and vibrant community of atheists all across the country creating their own traditions and lifelong friendships."

The adverts, which are appearing in Dallas, Fort Worth and Albuquerque throughout December, feature the words "just skip church, it's all fake news" beside a cartoon depiction of the Nativity.

Reporting a 365 per cent in use of the term - which refers to false information - Collins Dictionary named 'fake news' its 2017 Word of the Year last month. 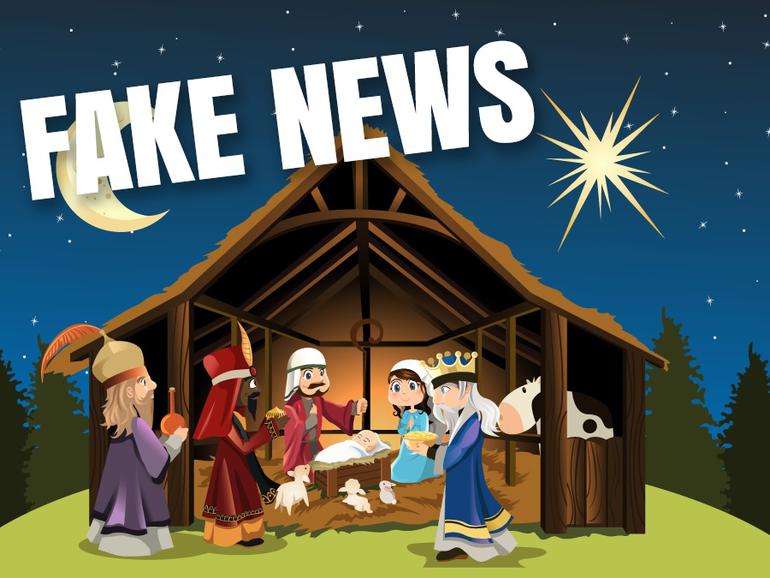 US President Donald Trump has regularly used the expression to describe unfavourable coverage by some American news organisations.

Nick Fish, national program director for American Atheists, said: "People are rightly sceptical about some of the news they see on Facebook, hear from their family, or are told by elected officials.

"And right now, we could all use a little more scepticism about the things we're told, no matter the source."