The Head of the Ukrainian Catholic Church has appealed for the international community to respond to the "forgotten conflict" in Ukraine.

Archbishop Sviatoslav Shevchuk said that Ukraine was experiencing a "humanitarian emergency in Europe that has not been experienced since the Second World War" in a statement released yesterday.

"I am appealing to the international community to defend Ukrainian children, victims of war," he continued.

"We ask international organisations to continue diplomatic approaches to stop the aggressor and end the war so that true peace can be reached." 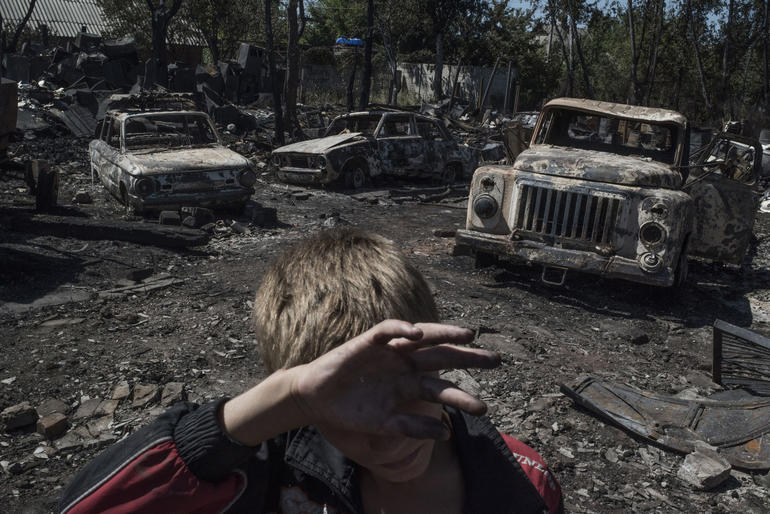 The conflict in eastern Ukraine began in 2014 when Russia seized Crimea and estimated 3,000 people have died in the fighting.

Fighting broke out across the eastern region when Russian-speaking separatists - with support from Russia - and Ukrainian forces took up arms. The conflict is still ongoing.

Earlier this month, UNICEF released a report which said that 1 million children in Ukraine are in need of emergency humanitarian aid - almost double the amount in need of help in last year's report.

The report says the number of children in need has risen because of on-going fighting, loss of housing and poor access to health care.

In addition, one in five schools in eastern Ukraine has been destroyed in the fighting.

Archbishop Shevchuk said: "The increasingly tragic situation of the nation - there are 1.7 million people displaced - remains invisible in the eyes of the general public," he said.

Such tragedy, he said, "cannot and must not remain invisible."