Christians in Philadelphia are being warned to use "extreme caution" when deciding whether to go church this weekend.

A massive blizzard has started dumping snow on the southern and eastern United States, with fears of snowfall as heavy as 1in to 3in an hour for 24 hours or more.

The National Weather Service said the storm could rank near the top 10 to hit the region, with meteorologist Paul Kocin comparing it "Snowmageddon", the first of two storms that "wiped out" Washington DC in 2010 and dumped up to 30in of snow.

But he said the weekend timing and the days of warnings could help limit deaths and damage. 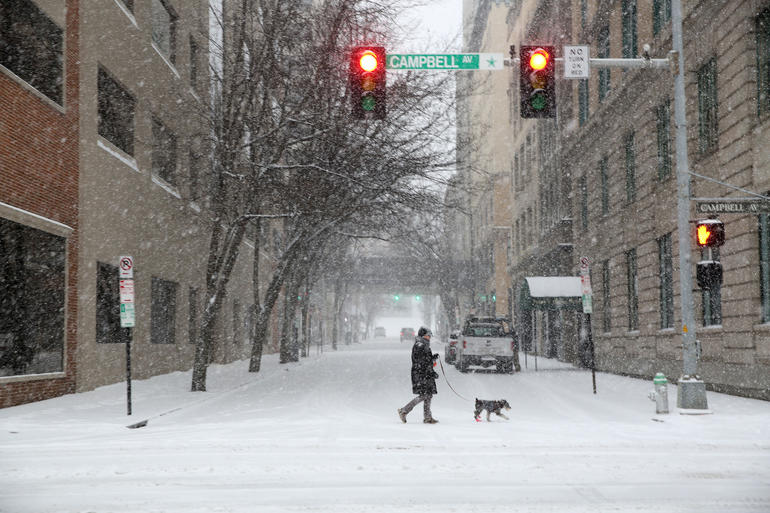 The Archdiocese of Philadelphia's Office For Divine Worship has issued a statement warning people to think about whether they could miss church for one week.

"This weekend's winter storm will be a hardship for many in our area. Additionally, severe winter weather typically causes anxiety for Christians with regard to their Sunday duties.

"No one can dispense from the divine law, and in this case, the Third Commandment to keep holy the Lord's Day. However, individuals because of a variety of legitimate circumstances, for example, sickness and poor health, can and do excuse themselves from the obligations of this same Commandment, without offending God and incurring any serious sin.

"In the face of the impending storm, Catholics of all ages but especially the elderly are advised to use extreme caution when making the decision about attending Mass.

"An individual is free to make a prudent decision to remain at home and not venture outside this Sunday, especially for their safety and the safety of others." 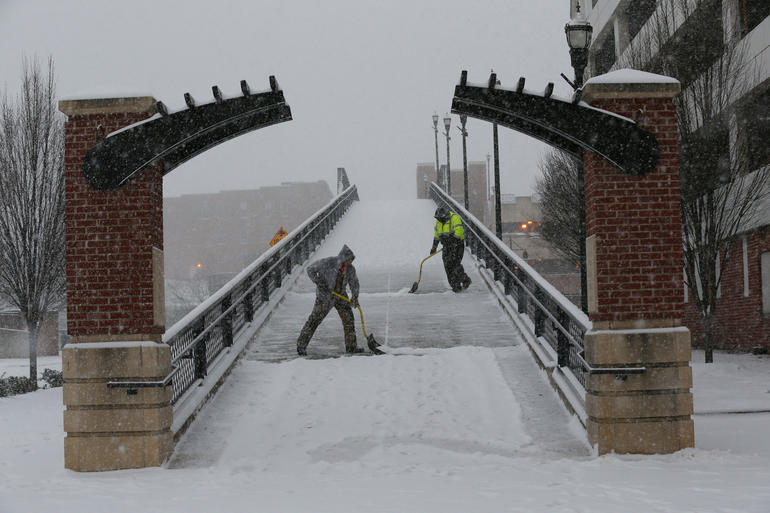 A state of emergency was declared in Tennessee, North Carolina, Virginia, Maryland, Pennsylvania, the District of Columbia and parts of other states, and road crews are out in force. Blizzard warnings or watches are in effect along the storm's path, from Arkansas through Tennessee and Kentucky to the mid-Atlantic states and as far north as New York.

Schools and government offices were closed, thousands of flights were cancelled and food and supplies flew off store shelves as millions of people stocked up. College basketball games and concerts in the region were postponed.

Washington is expected to be the eye of the storm, and New York City is just inside the slow-moving storm's sharp northern edge, which means it is likely to see heavy accumulations.

The capital's subway system said it will shut down entirely on Friday night and remain closed until Sunday for the sake of employee and rider safety. Underground stations usually stay open during major snowstorms.