A Christian humanitarian organisation has started distributing aid to hundreds of desperate refugees at a camp in Serbia, near the Hungarian border.

World Vision is thought to be one of the first NGO's to start distributing essential items such as nappies, hygiene kits and food to refugees and migrants from inside Europe.

The majority of charities continue to help over 4 million refugees who have fled to Syria's immediate neighbours Turkey, Lebanon, Jordan and Iraq.

World Vision has said it is expanding its humanitarian response to address emerging challenges, thanks to the increased funding that has come with renewed public interest in the refugee crisis.

Conny Lenneberg, World Vision regional leader for the Middle East, said: "The enormous flow of refugees over recent months has arisen because international funding for refugees living in Turkey, Lebanon and Jordan is drying up, leaving refugees hungrier, poorer and more desperate than ever.

"However, the massive media and public interest has also reinvigorated fundraising efforts from the public allowing World Vision to raise hundreds of thousands of dollars in a few days," said Lenneberg.

David Cameron has made clear that Britain will not participate in European Commission plans to redistribute 160,000 migrants around the continent from Italy, Greece and Hungary.

The Prime Minister said the UK would stick to its "own approach" after EC president Jean-Claude Juncker suggested that all EU states, rather than just members of the Schengen borderless zone, should agree to share the burden.

Speaking at Prime Minister's Questions in the Commons, Mr Cameron said: "I think the British approach will be very clear, which is this must be a comprehensive approach.

"If all the focus is on redistributing quotas of refugees around Europe, that won't solve the problem, and it actually sends a message that it is a good idea to get on a boat and make that perilous journey.

"Of course Europe has to reach its own answers for those countries that are part of Schengen.

"Britain, which has its own borders and the ability to make our own sovereign decisions about this, our approach is to say yes, we are a humanitarian nation with a moral conscience.

"We will take 20,000 Syrians but we want a comprehensive approach that puts money into the camps that meets our aid commitments, that solves the problems in Syria that has a return path to Africa that sees a new government in Libya. We have to address all these issues."

Additionally Anglicans are being asked to support Diocese of Europe that is helping refugees.

A special appeal has been launched throughout Europe to help refugees on the continent and Anglicans are asking for donations to for those working on the frontline with refugees.

The church and We Are Us, the official agency for Anglican churches in Britain and Ireland, says it urgently needs to provide pastoral care, emergency medical support, food and shelter for those arriving in Europe.

The group says that there will be a special focus on Greece and Hungary, which are receiving the greatest number of refugees.

David Hamid, Bishop in Europe, said: "Thank you so much for your support at this critical time.

"Due to staffing limitations in our diocesan office, we have invited Us to collect and transfer consolidated funds to the diocese for use in Greece, Hungary and wherever there is need.

"We have an efficient process agreed that will help our partners working on the ground."

Estimates vary but We Are Us says around 160,000 people have arrived in Greece this year, many fleeing conflicts in Syria, Afghanistan and Eritrea.

It says the need for healthcare is urgent and many refugees are children or are elderly, but Greece does not have the resources to provide care and medicines meaning many people go untreated.

In Hungary, church volunteers have been giving out aid packages to refugees at the main international train station. 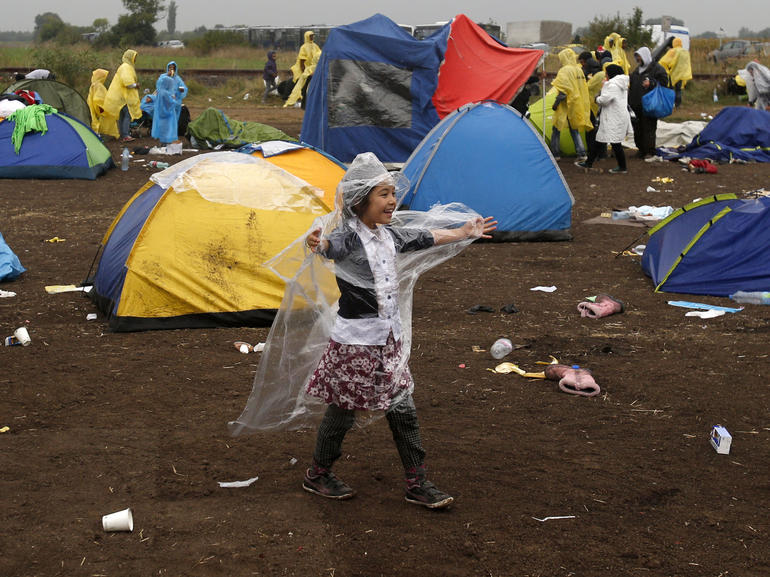 "The language barrier was sadly formidable, but there was absolutely no sign of violence or disturbance."

"They are meeting refugees on Europe's frontline with both compassion and much needed tangible support.

"We want to play our part in helping equip them with the essentials that will signal to the refugees that their journey has turned a corner and safety and respite from war in sight." 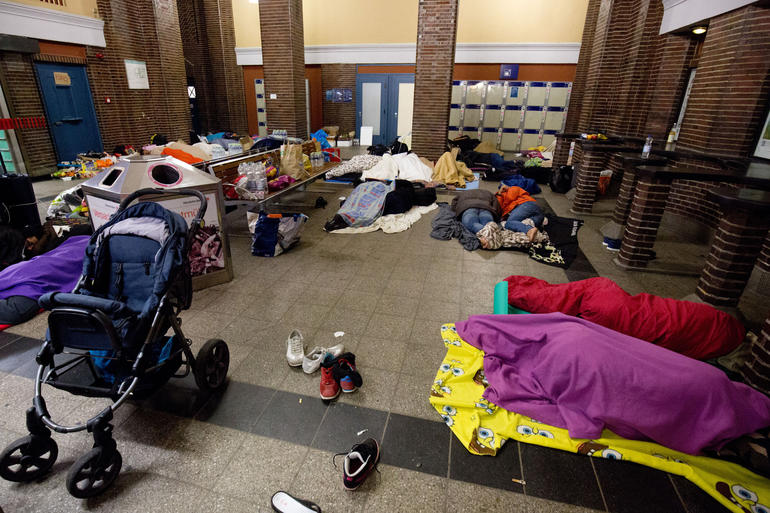 It has created a prayer for those seeking help:

"Prayer for the refugees
Lord God of wilderness, wave and wind,
you travel with the wanderers of the world.
Stay close, we pray, to all who live
with loss, in terror, and adrift,
and spur us on to build a world
where there is truly room for all.

"Lord Jesus, you came among us
homeless, and as a refugee.
Shake our complacency,
rekindle our compassion,
and help us challenge our leaders
to forge a common strategy
that is both truly just, and fair."