Archaeologists have discovered a 2,000 year old walkway through Jerusalem's ancient City of David, thought to be commissioned by Pontius Pilot.

Researchers from the Israel Antiquities Authority and Tel Aviv University uncovered a 220 metre-long section of roman road, linking two Christian historical "holy sites", as part of a six-year excavation within the walls of the old city.

The street, which was buried during a Roman invasion in 70BC, is believed to have served as a walkway for Christian pilgrims visiting Herod's Temple - the site of several events in the life of Jesus, and the Pool of Siloam - a sacred Christian pool thought to be the place where Jesus healed a man from blindness, referenced in John chapter nine. 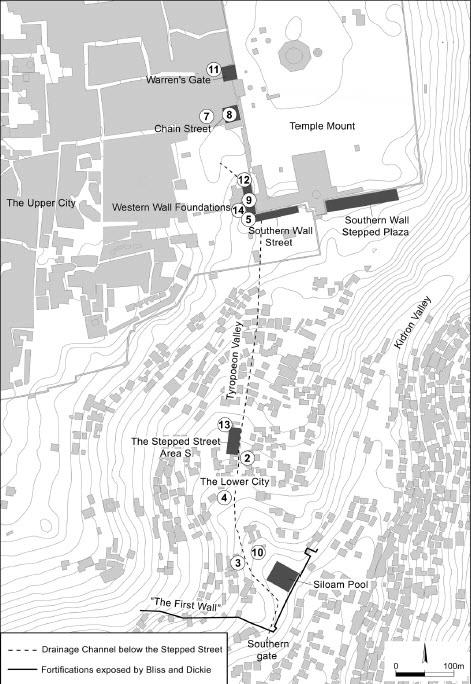 Over 100 coins were discovered beneath the street's paving stones, each dating back to between 17 and 31 CE - the time Pontius Pilate, the man who order Jesus' crucifixion, ruled over the ancient city.

These findings provide strong evidence that the Roman leader commissioned the pathway during his governance of the Judean province.

Paper author and Israel Antiquities Authority archaeologist Joe Uziel said the opulent nature of the path, which researchers estimate was made from over 100,000 tons of quarried limestone and the fact that it linked two significant Christian sites suggest the path was a route for pilgrims.

"If this was a simple walkway connecting point A to point B, there would be no need to build such a grand street," he said.

"At its minimum it is eight metres wide. This, coupled with its finely carved stone and ornate 'furnishings' like a stepped podium along the street, all indicate that this was a special street," he added.

The researchers say that it is possible that Pilate had the street built in order "to appease the residents of Jerusalem."