'This needs to stop': Myanmar Cardinal calls for end to violence after 4 killed in church

The most senior member of the Catholic Church in Myanmar has called for an end to violence after an attack on a church left four people dead and more than eight wounded, including children.

Local media reported that a group of 300 people, mainly women and children, had taken refuge in the Sacred Heart Church in Kayanthayar, in Eastern Myanmar, due to the ongoing fighting in the area.

"It is with immense sorrow and pain, we record our anguish at the attack on innocent civilians, who sought refuge in Sacred Heart Church, Kayanthayar," Cardinal Charles Maung Bo said in a letter posted on Twitter.

An Earnest Appeal- With Special Reference to the attack on the Sacred Heart Church in Kayanthayar near Loikaw in Eastern Myanmar on 23rd May 2021 that killed four and wounded many
(25th May 2021) pic.twitter.com/Uk5TR51vcK

"The midnight attack made the helpless people to flee to the jungle. Their fate is still not known to the outside world. Food, medicine, and hygiene are urgent needs but there is no way of reaching them. Many among them are children and old people, who are forced to starve and are without any medical aid," the letter continued.

Since February, mass demonstrations have been taking place across the country after a military group seized control of the Government. The conflict between the army and those opposed to military ruling has left at least 800 people dead so far.
At least 20,000 people have been forced to flee their houses in the recent conflict in the area.

"Let us remember the blood that is spilled is not some enemy's blood; those who died and those who were wounded are the citizens of this country. They were not armed; they were inside the church to protect their families," Cardinal Bo said. 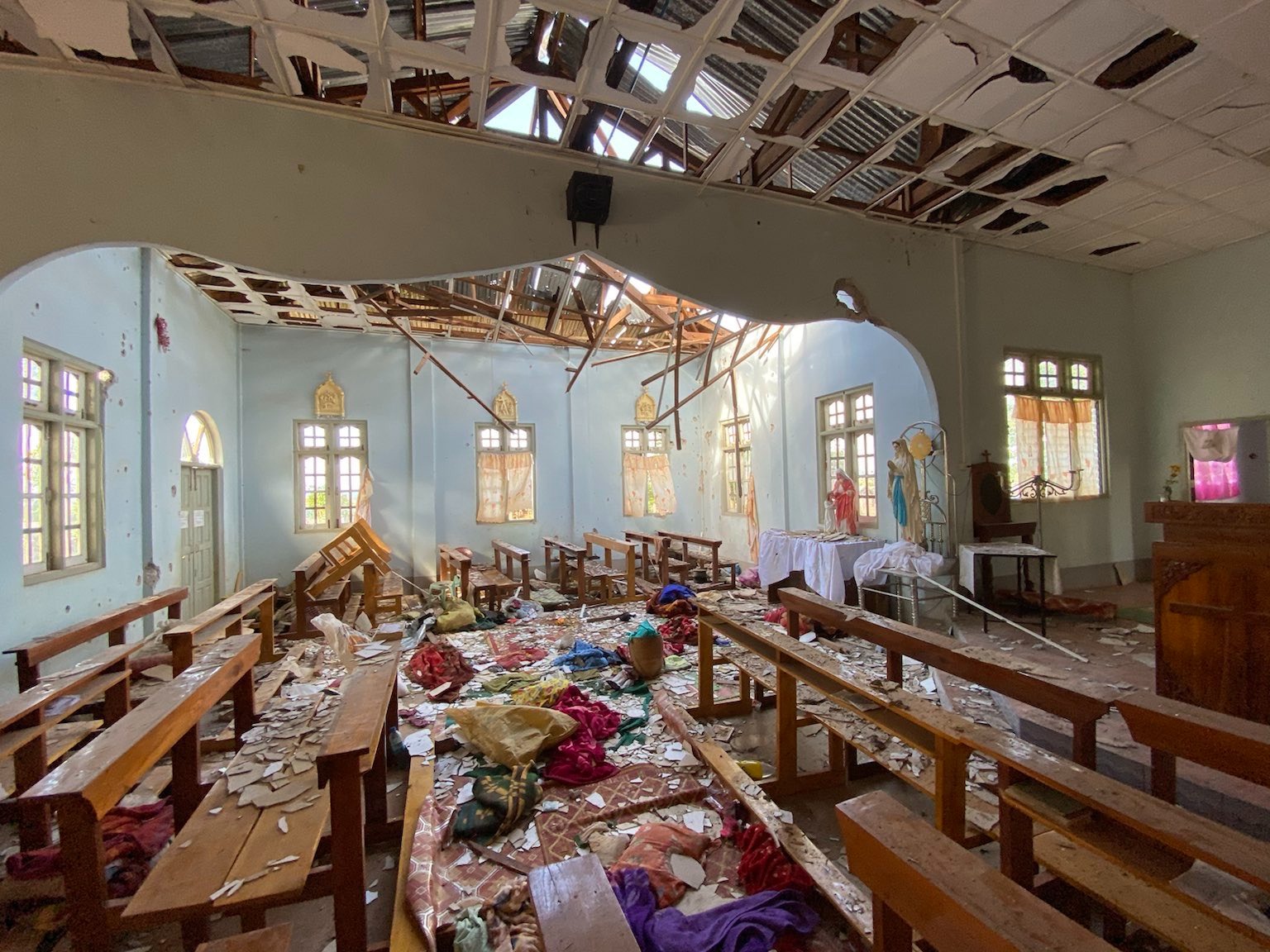 Given that the church has also suffered "extensive damage", Cardinal Bo reminded all groups that places of worship are "a cultural property of a community" protected by the Hague Conventions, which put legal limits on war activities.

The letter concluded with a clear message: the violence "needs to stop".

"We plead you all, related organisations, kindly do not escalate the war. Our people are poor, Covid-19 robbed them of their livelihood, starvation stalks millions, the threat of another round of Covid-19 is real. Conflict is a cruel anomaly at this moment. Peace is possible; peace is the only way."