Pope Francis hits out at 'bankruptcy of humanity'

The Pope has denounced the "scandalous" amounts of money which governments and world institutions have found to save ailing banks, but not suffering people.

Pope Francis called these policies a "bankruptcy of humanity" and said the world was ignoring people in need, including migrants who are dying as they try to cross the Mediterranean.

The pontiff was speaking during a meeting at the Vatican with an international group which included environmentalists, union activists and indigenous rights activists. 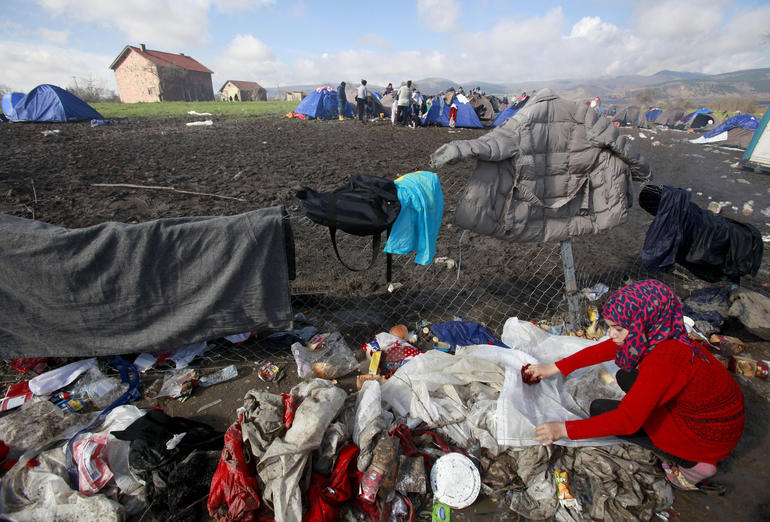 A Syrian refugee woman tries to clean the mud from her clothes in an improvised camp on the border line between Macedonia and Serbia, near northern Macedonian.

The pope said: "What happens in the world of today is that when a bank is bankrupt, scandalous sums immediately appear to save it."

He said that while this goes on, much smaller amounts of money cannot be found "to save the brothers that suffer so much".

Pope Francis has previously spoken out reminding world leaders that Jesus was a refugee and that everyone has a duty to welcome in those fleeing harm and persecution.