The pastor of murderer Oscar Pistorius has told South African court that his church is exploring the possibility of him teaching sports to children.

Marius Nel was speaking on day two of Oscar Pistorius' sentencing for murdering his girlfriend Reeva Steenkamp on Valentine's Day in 2013.

He was previously convicted of culpable homicide, similar to manslaughter, but this was upgraded to murder on appeal.

Murder carries a minimum term of 15 years in prison in South Africa, however a judge can reduce this in exceptional circumstances.

Oscar Pistorius (below, top) has continually denied murdering Reeva Steenkamp, claiming that he thought an intruder was inside the toilet when he fired through the door.

Reeva Steenkamp's family has said they've forgiven Oscar Pistorius, however he should serve time in prison for the sake of justice.

Barry Steenkamp (below, bottom), Reeva's father, told the court today that her death "devastated" the family and they think of her "all the time". 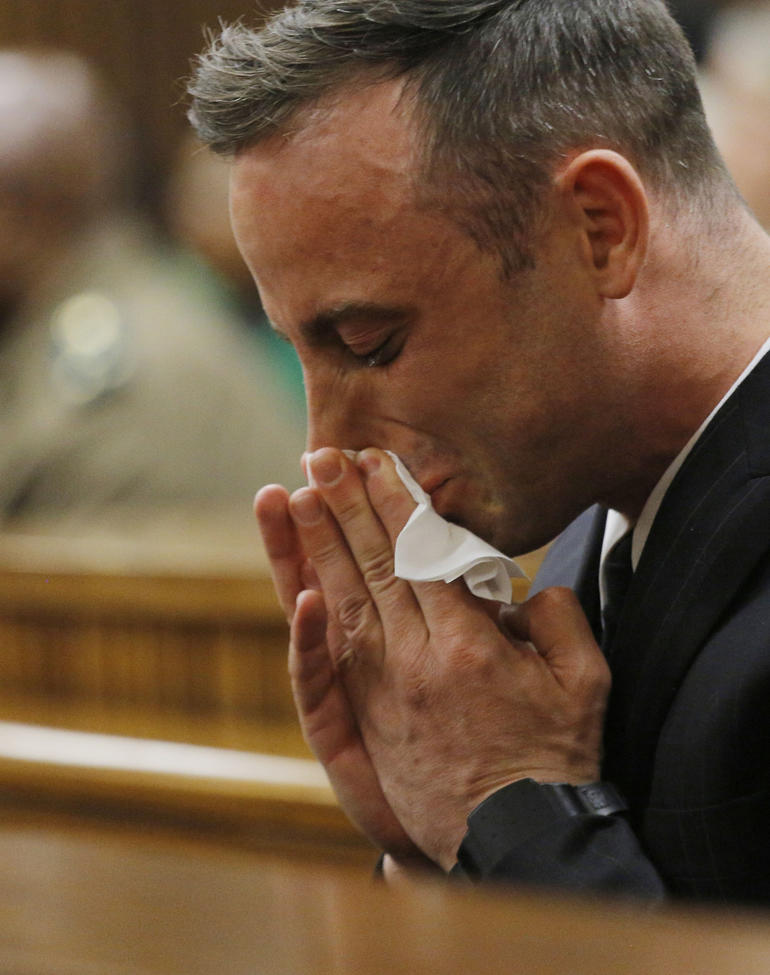 Pastor Nel, from PC Ministries in Centurion, told the court that his church, the schools he spoke to and Oscar Pistorius himself all support the idea of him teaching sports to children.

He also said that he regularly offered spiritual support to Mr Pistorius while he served one year of a five-year sentence in prison, including prayer, reading the Bible and encouragement.

The pastor described Mr Pistorius as "a broken man".

Speaking on Premier's News Hour from Cape Town, Errol Naidoo from the Christian charity Family Policy Institute said: "One of the most terrible things that I have had to watch was the testimony of her father [Barry Steenkamp] and what he's told as his daughter was taken away from him.

"I believe that Oscar Pistorius should go to jail. The courts heard that he was responsible for the death of Reeva Steenkamp. Whether it was intentional or not, he meant to kill the person behind the door.

"What kind of message would this send to the children if we have a convicted killer working with children?

"I think the message of justice is more important to children and society than anything else."

Listen to Premier's Hannah Tooley speaking to Errol Naidoo on the News Hour: