The man convicted of murdering nine Black parishioners at a church in a racially-motivated attack has been given nine consecutive life sentences.

Dylann Roof pleaded guilty to state murder charges and Judge JC Nicholson sentenced him to spend the rest of his life behind bars. It's after he opened fire during the final prayer of a Bible study at Emanuel AME Church in Charleston, South Carolina, in June 2015.

Roof has openly claimed to be a White supremacist who wanted to start a race war.

He was charged and convicted on both a state (regional) and federal (national) level, and was sentenced to death in his federal trial.

His federal death sentence still stands though it may take several years for it to be carried out, or it may not happen at all.

Receiving nine life sentences on state level was part of a plea deal with prosecutors there, who had also been pursuing the death penalty. 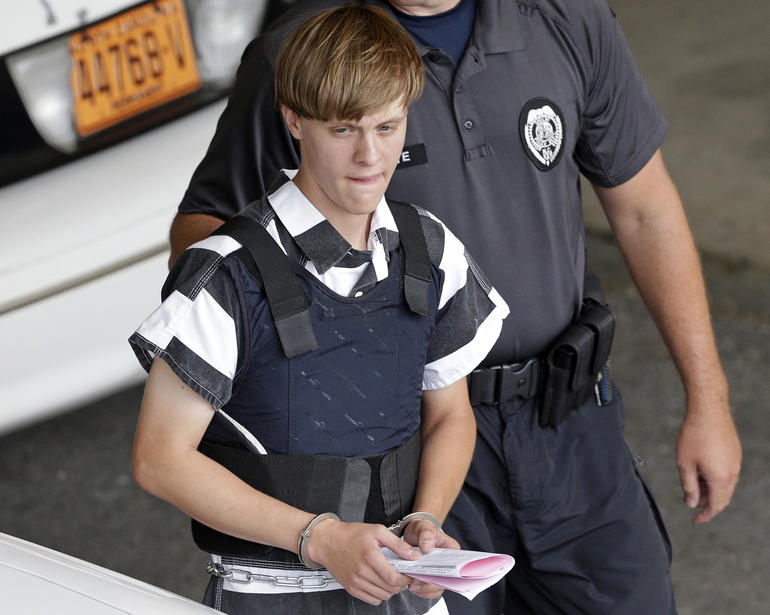 The gunman will now be transferred to a federal prison outside of South Carolina, where he will await his death sentence.

Blondelle Gadsden, sister of killed Myra Thompson, said: "Even though we're at a point where death has been the sentence for him, my heart still goes out to him in hopes that he would repent to save himself from himself.

"I can't think of anything worse that he could do at this point than to not accept Christ and try to make his days on this earth a little bit more peaceful."

Judge JC Nicholson also heard from Joe Roof, the murderer's grandfather, who said: "I want everyone to understand that nothing is all bad, and Dylann is not all bad.

"We have been distressed and just sick over what has happened to these families."

He also said that he and his wife pray for the Emanuel families every night.