Christian, Jewish and Muslim leaders have been prevented from boarding a flight from Washington DC to Israel due to their support of boycotting Israel.

A new law passed in March prohibits entry to the Jewish state by foreign activists who advocate a boycott of the country. It was implemented for the first time when Rick Ufford Chase from the Presbyterian Peace Fellowship, three Jewish Voice for Peace (JVP) members and an activist from American Muslims for Palestine were barred from entering the country.

The Israeli interior minister, Aryeh Deri, said in a statement that the five religious leaders had a long record of advocacy for the Boycott, Divestment and Sanctions (BDS) movement, which lobbies corporations, artists and academic institutions to sever ties with the Jewish state. 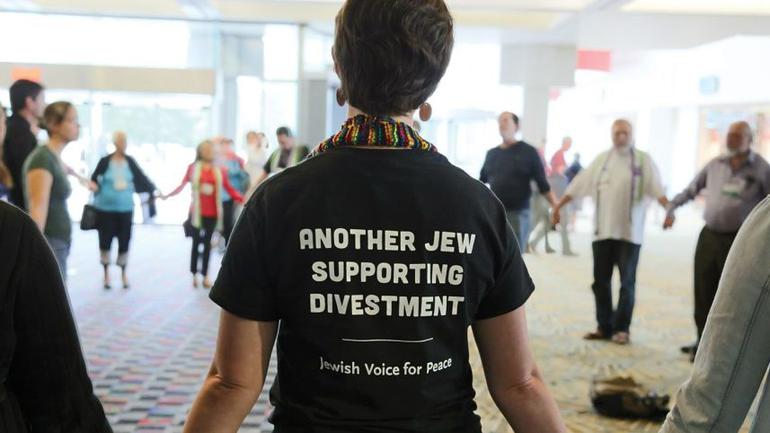 The Jewish Voice for Peace organization said in a statement that the delegation tried to check into its Lufthansa flight at Dulles International Airport, only to be told that the Israeli government had ordered the airline not to let the five passengers aboard.

A Lufthansa spokesman Tal Muscal also confirmed the group were not allowed to fly following the Israeli government's instructions.

He said in a statement: ""Lufthansa has no influence regarding the implementation or enforcement of such regulations."

Tzahi Gavrieli, an official at Israel's ministry of strategic affairs, said the entry ban was for those who are "undertaking ongoing consistent and significant actions to promote and advance a boycott of Israel".

He added that the ban was directed towards "individual activists who are major players, senior leadership in the BDS movement worldwide".

Rabbi Alissa Wise, deputy director of JVP, who attempted to board the flight and was scheduled to meet human rights activists in Israel and the West Bank said the policy called into question Israel's commitment to democracy.

She told the Guardian: "It crosses the line to stop peace activists from entering the country."

Although she wasn't surprised by the incident, she said the policy is "much more heart-breaking than I even anticipated".