A Christian Clerk in Kentucky, United States (U.S.), has been jailed after refusing to issue marriage licences to couples of the same gender.

Following the Supreme Court decision in June allowing equal-marriage across all of the U.S., Kim Davis has been refusing to issues the licenses, saying it was under "God's authority".

The 49-year-old Apostolic Christian was found in contempt by Judge David L. Bunning.

She has argued that should she not be made to carry out duties that go against her religious beliefs.

The judge told her that the court "cannot condone the willful disobedience of its lawfully issued order." 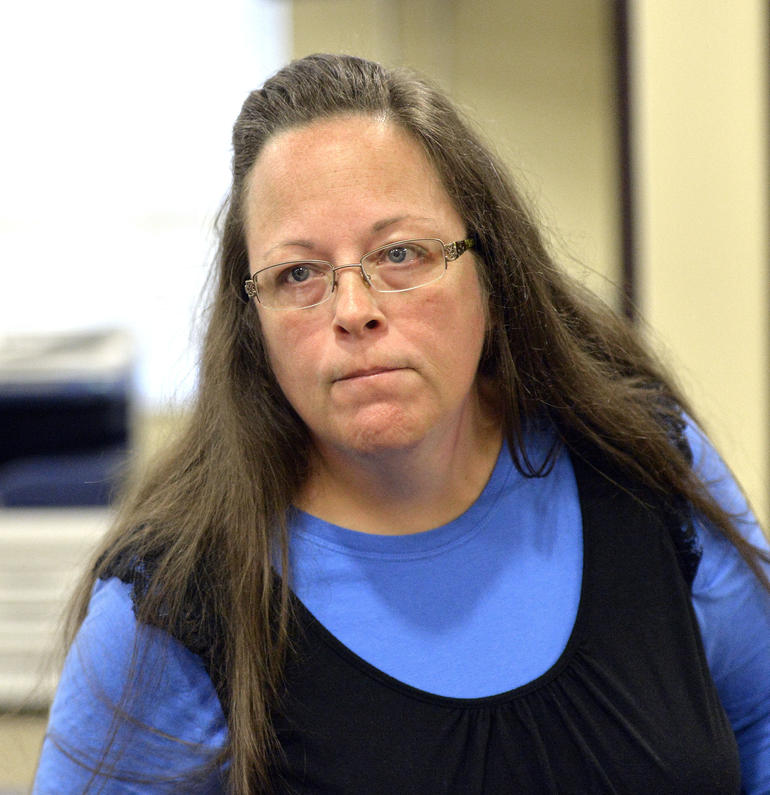 He said: "If you give people the opportunity to choose which orders they follow, that's what potentially causes problems," according to The Huffington Post.

Kim Davis, who has been divorced three times, was elected to her position so effectively cannot be fired, she will therefore remain in jail until she agrees to issue licences to same-sex couples.

Speaking in court she said she believed that "marriage is between one man and one woman."

She added that she "didn't have to think about" her decision, saying "there was no choice there."

Judge Bunning called her excuse "insufficient", stressing she was not unable to issue the licences, she was just choosing not to.

Following the verdict, Josh Earnest, the White House Press Secretary, said: "Every public official is subject to the rule of law.

"No one is above the law.

But Rand Paul, a potential nominee for the Republican presidential candidacy, told CNN it was "absurd to put someone in jail for exercising their religious liberties."

Mat Staver, Kim Davis' attorney released this statement: "Kim Davis is being treated as a criminal because she cannot violate her conscience.

"While she may be behind bars for now, Kim Davis is a free woman. Her conscience remains unshackled.

"This is not the kind of America the Founders envisioned or that most Americans want."