Christian charity: Cameron must do more to help refugees

An image of a small boy washed up drowned on a beach in Turkey reminds us "of the cost of the crisis in such human and graphic terms," a Christian campaigner ha

The picture covers most newspaper front pages across the world.

It is of three-year-old Aylan Kurdi who was attempting to cross to the Greek island of Kos with his family but he and at least 11 others drowned when the boat they were in collapsed.

The family fled their native Syria last year amid the rise of Islamic State (IS).

Ben Bano, from the Christian charity Seeking Sanctuary, told Premier that David Cameron must do more: "They're all desperate to make asylum claims and I think that we should be doing our share of that - obviously France is doing a bit, Germany's doing a lot - but I think that David Cameron can't just say we've helped a few Syrians, it's got to go further than that now."

He stressed that the image must prompt people to act. 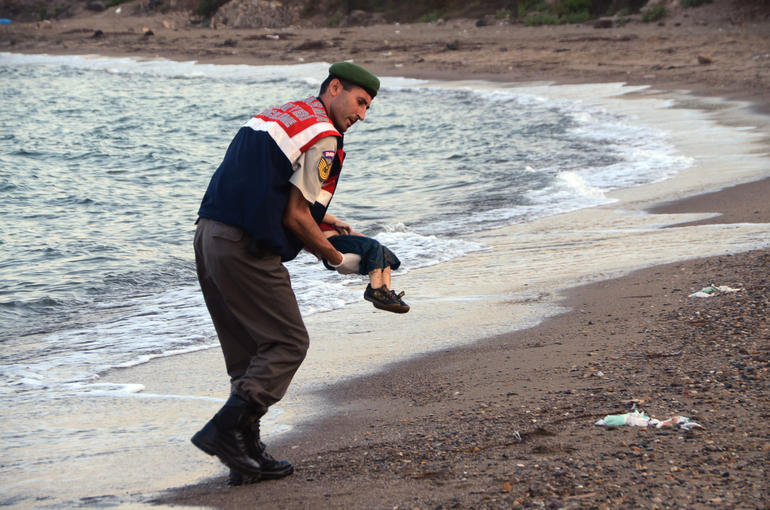 The Independent, leading with perhaps the most striking picture of the little boy lying face down in the sand as a police officer approaches to take him away, has launched a petition urging the Government to agree to accept a fair share of refugees coming to Europe.

The paper's social media campaign under the hashtag 'refugeeswelcome' has become a top trend on Twitter.

"To political leaders in this country and across the EU we say this: if ever there was a time for Europe to work together - and to show how far the continent has come since the dark days of the last world war - it must be now," the paper said.

David Cameron is now facing demands to stop "dragging his feet" and allow more refugees into Britain after the image went viral. 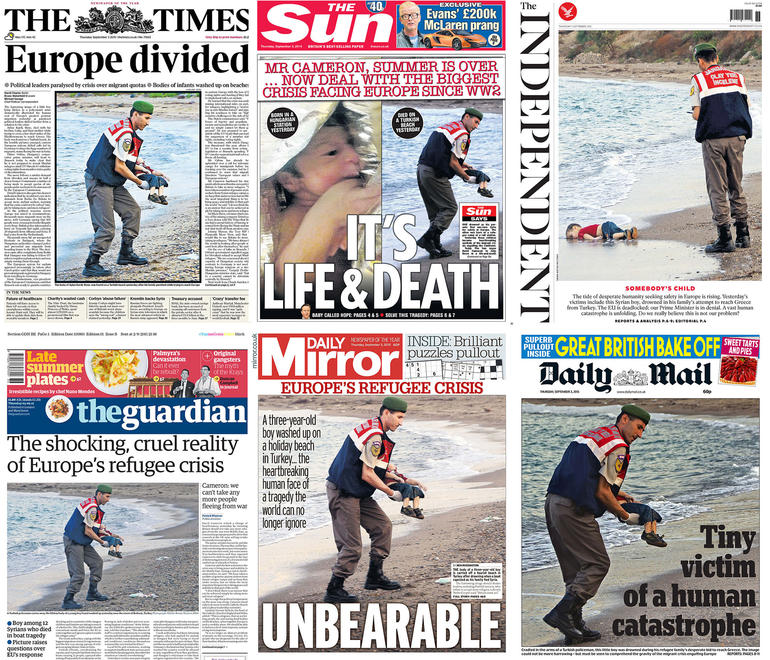 The Prime Minister has insisted that taking in more people will not solve the crisis wracking the continent, and the focus should be on bringing "peace and stability" to the war-ravaged areas they are fleeing.

But Labour is urging him to convene the Government's Cobra emergency committee, gather EU leaders for a summit, and agree to a parliamentary debate on the issue.

A number of Conservatives have added their voices to those demanding a shift in policy, with Mr Cameron being warned that he faces a "test of humanity" and must honour the British tradition of offering sanctuary to those in need. 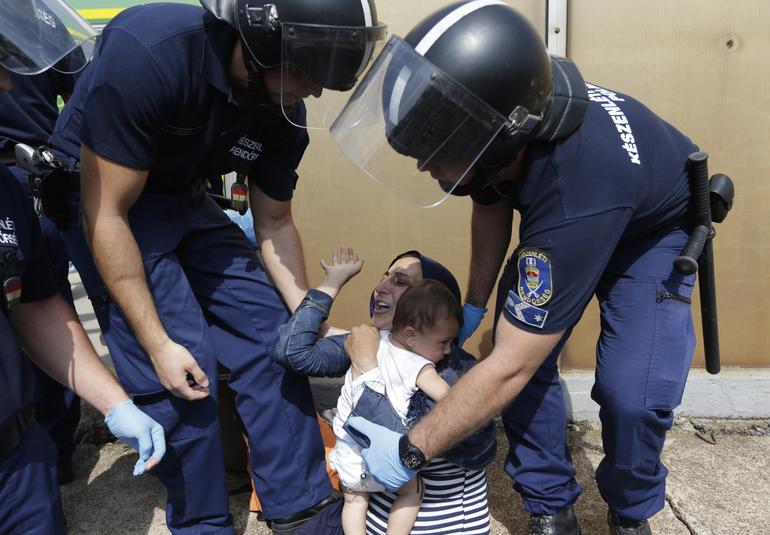