Its plea came after CNN released shocking video footage of Africans being sold into slavery in Libya.

Excerpts of the video have been shared on social media and sparked outrage by many.

It has prompted a petition asking for the UK government to put pressure on Libya to stop enslavement of Africans. So far more than 254,000 thousand people have signed it. That means Parliament will consider it for a debate.

Tim Nelson, international development director for Hope for Justice, told Premier what his reaction was to the footage.

He said: "The images bring home the reality of what slavery is today.

"It's particularly shocking to see victims being chained and being sold, and what I also remember is through the work Hope for Justice does in the UK, we've seen trafficking gangs sell victims in the exact same way."

Since the video and images went viral, a national anti- slavery march to the Libyan Embassy in London has been organised for 9th December. 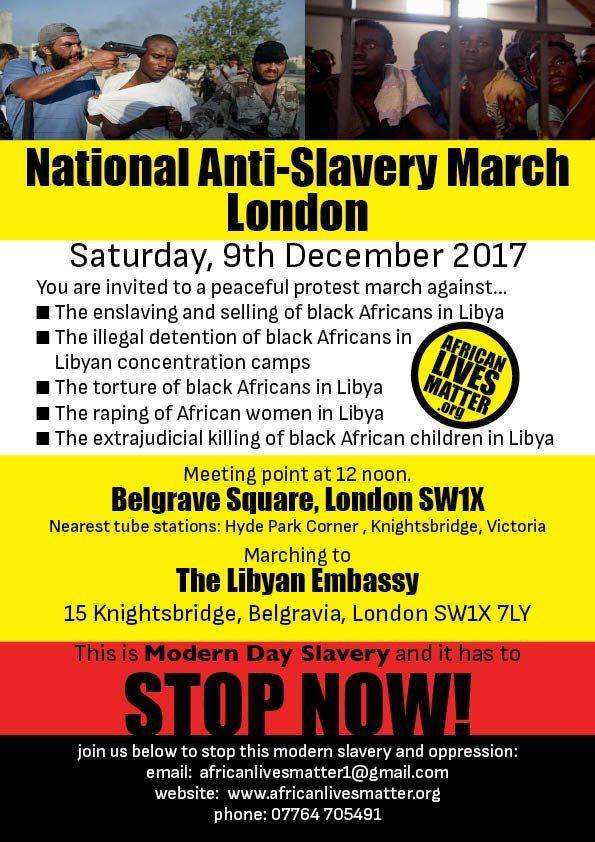 He said: "There are 24.9 million people globally that are held in slavery. This brings to home those people's plight.

"It's not always the use of chains, quite often we see things like threats and exploitation - the reality is still the same for those victims."

However, he encouraged people to not let their initial passion for the issue fade away, and said churches should invite speakers so congregations are more aware of the issue.

He told Premier: "Once people are aware of it they then need to do something about what they've seen because quite often, in this generation that we live in, we are quite moved by what we see but don't do anything."

He said the three ways people can take action are:

1. Pray
2. Make the choice to not buy from companies that use slavery in their supply chain.
3. Donate to charities that tackle slavery

A meeting was held at UN Headquarters  this week in response to the issue.

International Organization for Migration has helped 13,000 people get out of detention centres in Libya and 8,000 in Niger.

IOM is working with partners, including the Government of Libya, the Office of the UN High Commissioner for Refugees (UNHCR), the African Union, the European Union, and countries of origin, to forge an agreement to implement a programme to empty those detention centres.