Christian charity asks for prayers 30 years on from Chernobyl disaster

Tuesday marks the 30th anniversary of the Chernobyl disaster in Ukraine and a Christian organisation working in the region is asking for prayers.

31 people died directly from the blast but it also sent a radioactive cloud across Europe which has damaged the health of many more.

The Chernobyl disaster is the largest nuclear accident in history, and occurred on 26th April 1986 at the Chernobyl Nuclear Power Plant in the town of Pripyat in Ukraine.

It was under control of the Soviet Union at the time.

Carly Jones, from Mission Without Borders, told Premier people: "Because of the slow response of the government, they weren't evacuated quickly enough to prevent the effects of nuclear radiation.

"What we're doing now is helping families that live in areas that are still contaminated." 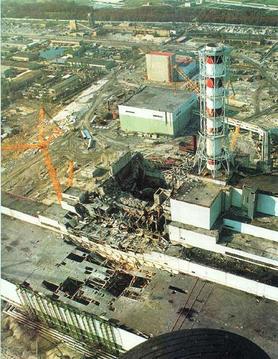 Ms Jones added that many people had stayed in an Exclusion Zone because places they were being moved to were not ideal.

She said: "These communities contained lots of problems, so people felt they might be better off staying in the exclusion zone.

"The exclusion zone is huge - so there's a practical issue as well that people have to live somewhere and there are only so many choices."

She went on: "A lot of our church partnerships often provide additional support, soup kitchens and things like that.

"But there's also the spiritual element as well, so we have local pastors that we work with in nearly all of our communities who really go and support those families."

"The whole world was affected by this disaster, it wasn't just a small community somewhere that nobody's ever heard of.

"So [pray] for solidarity across the world that nothing like this could ever, and should ever, happen again."