As neighbouring countries respond to hundreds of thousands of Muslims that have fled Myanmar amid allegations of ethnic cleansing, a charity has told Premier th

Myanmar has been accused by Amnesty International of "burying its head in the sand" over the Rohingya crisis but the country's leader, Aung San Suu Kyi insists most Rohingya Muslim villages have not been affected by violence.

He said: "Loads of people here, absolutely suffering and struggling at this time. Losing their homes, losing their possessions, losing everything - and for her to deny that anything has happened, not only since the 5th of September but implying almost 'is this really going on' which world is she in?" 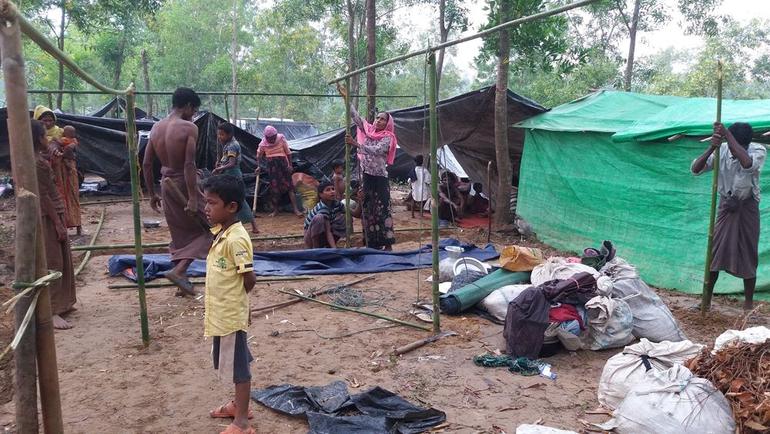 The Nobel Peace Prize winner has faced intense pressure after 400,000 Rohingya people fled to Bangladesh in less than a month.

Fred Witteveen, national director of Christian charity World Vision in Bangladesh, told Premier during News Hour how the charity is trying to help those in need.

He explained: "World Vision is applying for permission from the Bangladesh government to provide emergency assistance to all those affected by the crisis starting with food aid.

"It should happen on both sides of the border but we want to start on our side of the border, where I am presently." Gidoomal told Premier all Christians should be concerned about what's happening in the country.

"Every neighbour - black, white, brown, whatever colour you want to put them, whatever ethnicity, whatever religion, we must love them. Unless we demonstrate that love, without restriction, we betray our Christian faith."

In her first public address since a bloody military crackdown on the Rohingya Muslim minority that has been described as "a textbook example of ethnic cleansing" by the United Nations, Aung San Suu Kyi didn't criticise the army and said she did not "fear international scrutiny".

However, in a televised address earlier, she insisted that she condemns "all human rights violations and unlawful violence".

After years of violence between persecuted Rohingya and Rakhine Buddhists, the latest wave of violence ignited in August when security forces launched a counter-offensive in response to coordinated attacks by Rohingya militants.

Rohingya Muslims have called Burma home for generations. Now, in what appears to be a systematic purge, the minority ethnic group is, quite literally, being wiped off the map.

After a series of attacks by Muslim militants last month, security forces and allied mobs retaliated by burning down thousands of Rohingya homes in the predominantly Buddhist nation.

According to the UN, roughly half of the Rohingya population have fled to neighbouring Bangladesh in the past year, most of them in the last three weeks and the violence has resulted in the displacement of 30,000 ethnic Rakhine Buddhists as well as Hindus.