Cafod and Christian Aid are welcoming Theresa May's pledge to formally be a part of a binding deal to stop climate change.

The Prime Minister announced to the UN General Assembly yesterday that the UK would officially sign the Paris Agreement agreed on by leading economies including the US and China.

The agreement, secured at UN talks in the French capital last December (below), enters into force when at least 55 countries accounting for 55% of the world's emissions have ratified it.

So far 29 countries totalling 40% of emissions have ratified the deal, with more expected to do so at an event at the UN on Wednesday - including Brazil, which accounts for just under 2.5% of global emissions. 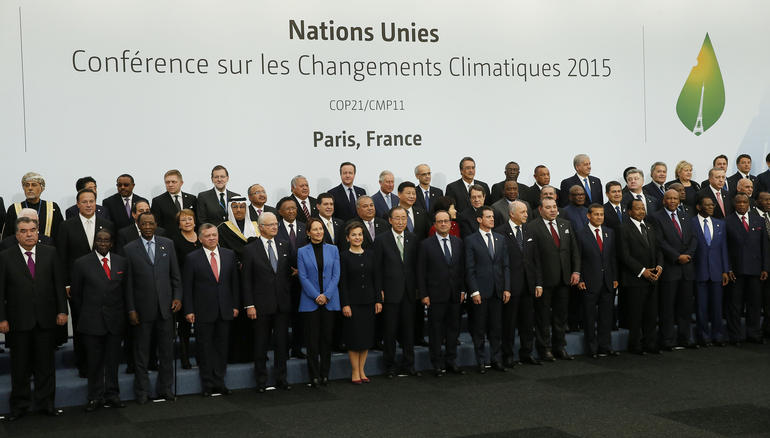 Neil Thorns, advocacy director at Cafod, said: "We're delighted that the voices of so many British people who have been calling for action on climate change have been heard today.

"We congratulate the Prime Minister on beginning the ratification process, demonstrating the urgent need to protect the things we love that could be lost to climate change, and we look forward to working with her government to develop a low-carbon plan for the British economy."

And Mohamed Adow, Christian Aid's senior climate change adviser, said: "A leading group of governments including the UK is rapidly bringing the Paris Agreement into life.

"There has been unprecedented political momentum across the globe towards getting the Paris Agreement ratified and it will likely now come into force by the end of the year."