The order, which was signed on Monday, reinstates the "Mexico City Policy", which was originally introduced by President Ronald Reagan in 1984.

The policy has been described as a political football because, since it was instated, it has been rescinded by every Democrat president and later restored whenever a Republican takes office.

Tim Dieppe, from Christian Concern, told Premier that the re-instatement of the policy was a step in the right direction.

"I'm hopeful that some improvement will happen to the abortion law [here]. I understand that the politicians now want to cut the limit to 12 weeks. Many leading politicians have now advocated that.

"I hope that changes will come and the nations will see this is something we need to repent of, really."

He said: "This is a welcome step toward restoring and enforcing important federal policies that respect the most fundamental human right - the right to life - as well as the long-standing, bipartisan consensus against forcing Americans to participate in the violent act of abortion." 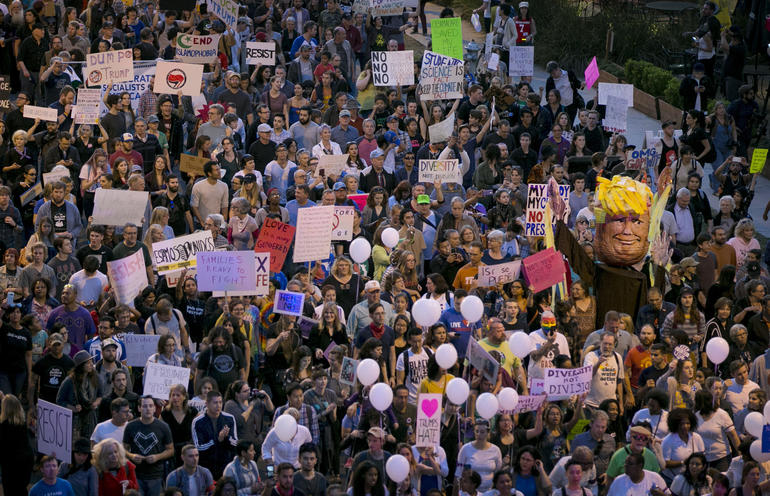 But critics claim the re-enactment of the policy will result in the death of thousands of women.

Marie Stopes International, which provide contraception and abortions to women around the world, is among NGOs who will lose US funding under the policy.

Vice-President Marjorie Newman-Williams said: ""Every year, 21.6 million women are so desperate to end their pregnancy they put their lives on the line by risking an unsafe abortion. Thousands of them die and millions more are left with life altering injuries.

"Agreeing to the Mexico City Policy would mean accepting their fate and turning our backs on the very women who need us most."

On the campaign trail, Trump said that he supports an abortion ban except in incidents of "rape, incest and the life of the mother."

The Republican-majority Congress has also indicated that it intends to withdraw federal funding from Planned Parenthood, who provide reproductive health services in the US.