The BBC's decision to broadcast a daily news bulletin into North Korea has been welcomed by the World Watch Monitor, an organisation reporting on Christians und

It said it was the "best possible thing" for people who wanted to see an improvement in North Korea.

"Significant investment" in the World Service to areas with a "democratic deficit in impartial news" is being proposed by the BBC as it sets out a vision for the future.

The broadcaster's director general Lord Hall said a daily radio news programme in North Korea was a key part of the plans.

In his speech at the Science Museum in London, Lord Hall said the organisation is going to "take risks, push boundaries", and "not be afraid of controversy". 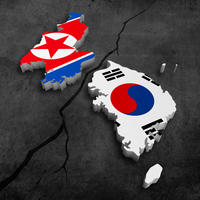 Julia Bicknell, Executive Editor of the World Watch List and formerly of the BBC World Service, told Premier's News Hour: "North Korea, of all the countries in the world, is probably one of the most restricted in terms of what they know about the outside world, because their view of the outside world is almost entirely controlled by their government.

"It's just very, very difficult for them to understand what life is like outside North Korea, other than what their government tells them, so this is a way of bypassing the government's control on the free flow of information.

"For them to just be hearing news that's going on, on the outside, and hear people being interviewed about it, I think they will get a sense that the Western, the wider Church - in fact the Asian Church, the global church - does care about them, is aware of their plight and is trying to do its bit to move and bring real change and democracy into that country."