Tyson Fury, the Christian boxer, has been accused of sounding like Nazi leader Adolf Hitler in a video he posted online.

In a video published on YouTube last month, defending WBA and WBO heavyweight champion Fury was outspoken on rape, bestiality and the Jewish faith.

His opponent Wladimir Klitschko has now called for his suspension in response to the video.

Klitschko - who faces Fury in a rematch at the Manchester Arena on July 9 - has echoed calls for his suspension, regardless of the apology Fury issued via a statement.

The Ukrainian lost his first fight in 11 years when Fury earned a surprise victory against him in Dusseldorf in November, and speaking from his training camp in the Tyrolean Alps in Austria, Klitschko said: "I'm fighting a guy who can't hold his mouth on certain things.

"I was in shock at his statements about women, the gay community, and when he got to the Jewish people he sounded like Hitler. The man is an imbecile. Seriously.

"You cannot put it all together as a representation of the sport of boxing. He's an imbecile champion."

In his outburst that came to light on May 13, Fury claimed: "Zionist, Jewish people ... own all the banks, all the papers, all the TV stations." 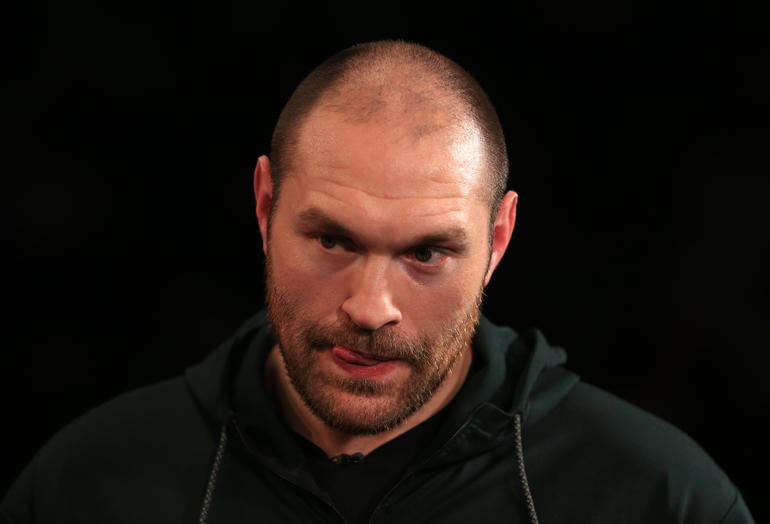 Klitschko said: "It puts the world of boxing in the wrong spot. He represents not just himself, but the sanctioning bodies, a lot of boxing fans in general, it's not just about him and he needs to understand but he obviously doesn't. All the stupidity that comes out of his mouth.

"Especially in this crazy world when we can see all that's going on, we don't need someone having this stage and bringing hate to Jewish people, I can't accept.

"As I said, he sounds like Hitler, I cannot accept it and I don't accept.

"We cannot have a champion like that. Either he needs to be shut up or shut down in the ring, or just suspended, because you cannot create more hate.

"Friction creates friction, the more hate you bring out there - with women, the gay community and Jewish people - what next is he going to say?" 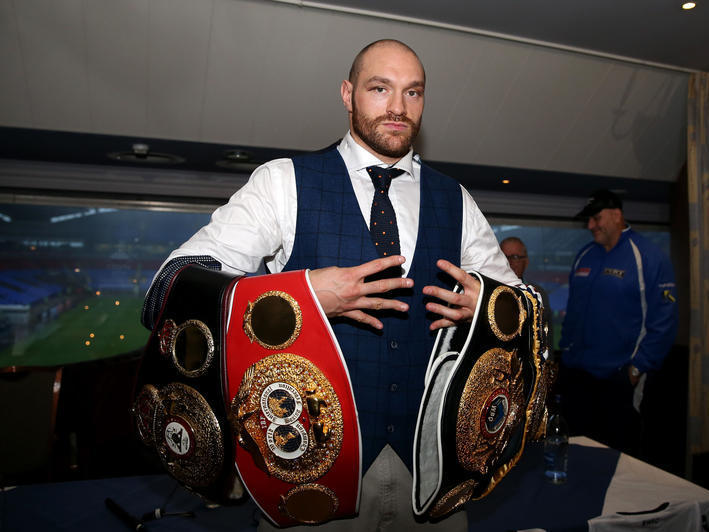 In a statement following his video Mr Fury said: "I apologise to anyone who may have taken offence at any of my comments. I said some things, which may have hurt some people, which as a Christian man is not something I would ever want to do.

"Though it is not an excuse, sometimes the heightened media scrutiny has caused me to act out in public. I mean no harm or disrespect to anyone and I know more is expected of me as an ambassador of British boxing and I promise in future to hold myself up to the highest possible standard.

"Anyone who knows me personally knows that I am in no way a racist or bigot and I hope the public accept this apology."