There are fresh calls for the Christian boxer Tyson Fury to be banned from the sport after he posted an hour-long video rant.

Fury made homophobic, sexist and anti-Semitic comments in the footage which was posted online.

He's already been accused of sexism and homophobia, including over controversial remarks about Olympic heptathlon champion Jessica Ennis-Hill.

He once said: "There are only three things that need to be accomplished before the devil comes home: one of them is homosexuality being legal in countries, one of them is abortion and the other one's paedophilia."

In his latest outburst, he stood by his extreme views on bestiality, paedophilia and women.

He claimed "Zionist, Jewish people ... own all the banks, all the papers, all the TV stations".

The Campaign Against Antisemitism (CAA) is calling for the heavyweight champion to be barred from the sport after his latest "offensive and racist" remarks.

I see all the Zionist media outlets are on my back, because I speak the truth!
u will all see the truth soon enuf, they killed my lord jesus

Spokesman Jonathan Sacerdoti said: "There should be no place for anti-Semitism in sport.

"He should be barred from boxing and referred to the British Boxing Board of Control.

"This is not his first offence, he specialises in outrageous offensive and racist slurs.

"Behaviour like this should prompt his sponsors to withdraw their backing.

"Britain does not tolerate or support racism. These specific anti-Semitic slurs are centuries old, and his use of them today in 2016 shows ignorance and malice." 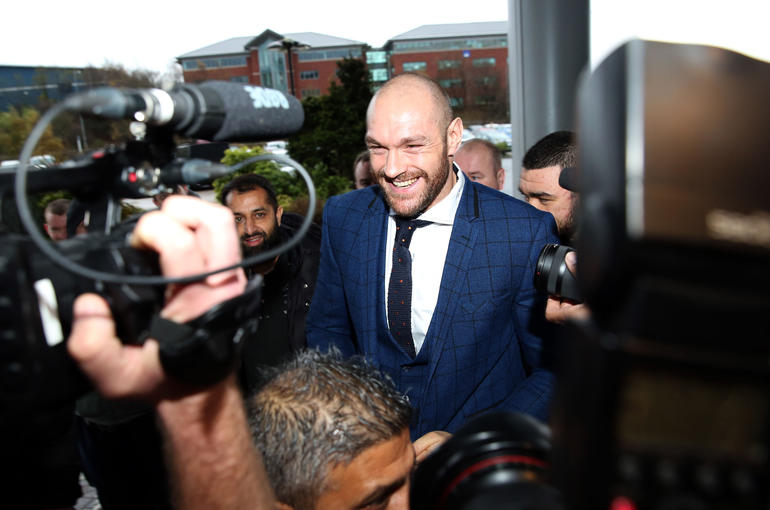 The group has made a complaint to the British Boxing Board of Control.

The footage, which was posted on YouTube by SportsViewLondon, has been viewed more than 10,000 times.

In the video Fury claims he receives criticism from the public because he is a "believer in the Lord".

"People hate that don't they? They don't want to hear it.

"It doesn't matter does it, because those who stand fast will be rewarded".