The Christian advocacy charity reported that Pastor Lian Jiangong and his wife Ding Cuimei stood in the way of the bulldozer, but it carried on regardless burying them alive and destroying the building.

Lian Jiangong managed to free himself from the soil in time, but Ding Cuimei could not and suffocated to death.

Chinese authorities have said they have arrested the two men involved and are investigating Ding Cuimei's death.

"This case is a serious violation of the rights to life, religious freedom and rule of law.

"The Chinese authorities should immediately hold those murderers accountable and take concrete measures to protect the religious freedom of this house church's members."

Ding Cuimei's death and the destruction of Beitou Church is part of a wider Chinese crackdown on certain Christian movements within China, which has seen thousands of church crosses torn down and whole church buildings demolished in the last few years.

In Zheijiang Province alone the government has removed more than 2000 church crosses. A female church member was seriously injured during a recent cross removal. 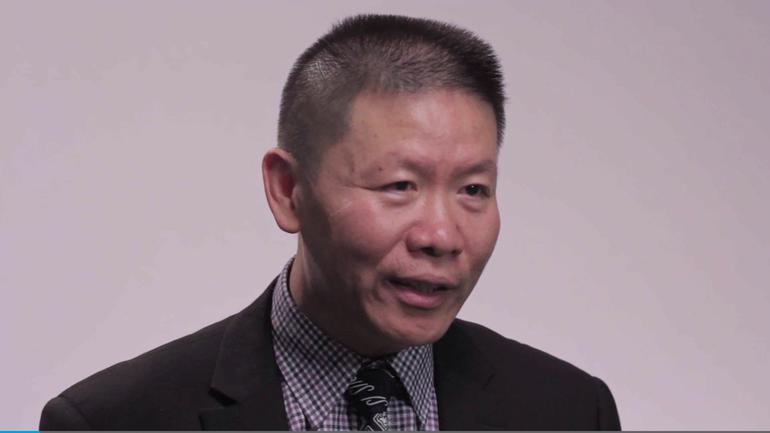 Following Jesus outside of the state-sponsored Three Self Patriotic Movement church is forbidden in the country, forcing millions of Chinese Christians to worship in secret in houses or underground.

Dozens of Christian activists and human rights lawyers defending Christians have been detained by Chinese authorities in the same period.

Andrew Boyd, from the anti-persecution charity Release International, told Premier's News Hour: "What we're seeing in China is that the number of Christians there probably already exceeds members of the Communist Party, and China is on target to have the largest Christian population in the world before much longer, so it seems the Communist Party fears it's authority is being challenged.

"What Release International would say to China is you need to realise that Christians are not a threat, they're a blessing to your nation. They pray for the government, not against it.

"Trust them, trust your people, give them freedom of belief and freedom of worship.

Listen to Premier's Aaron James speaking to Andrew Boyd on the News Hour: