China: Nine arrested in crackdown against Christians as row about church crosses continues

At least nine Christians have been arrested in recent days in China for opposing the removal of crosses from churches, it has been reported.

The ruling Communist party has detained a number of people in the eastern Zhejiang province as it continues to crackdown on Christians.

"At least nine people I know have been taken away by the police and that figure is still rising," a Christian told the Guardian.

"We think it is a campaign targeting church leaders across the province. It can only be a co-ordinated action initiated by the provincial government."

A lawyer who was representing many churches, which faced having their crosses torn down, has disappeared. 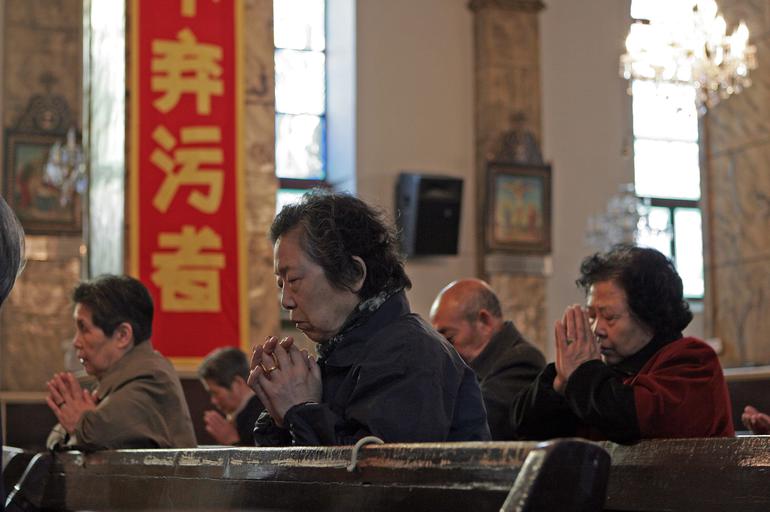 It's thought Zhang Kai may be one of those detained by authorities because he is campaigning on behalf of the Christians.

Amnesty International estimates around 230 lawyers have been detained in the country since July for defending churches.

A church leader told the Guardian many believers were arrested by plain clothes police officers who had a list containing the names and photographs of local Christians.

"They said people who were taken away would be put under residential surveillance.

"We are all very angry. They didn't inform people what charges they were being held on and they didn't produce any documents. There are people outside my house. I know if I go out they might arrest me too."