The Prince of Wales and Duchess of Cornwall have joined the congregation of a Kuala Lumpur cathedral for a traditional morning service.

Charles and Camilla, who are on an 11-day tour of south-east Asia and India, took their seat in the front pew of St Mary's Cathedral in the Malaysian capital.

The quiet setting of the Anglican place of worship was a contrast to the lavish gala dinner staged on Friday night where the heir to the throne said the Commonwealth can play a "pivotal" role in tackling global challenges.

Charles highlighted how the family of nations could draw on its "wide range of national contexts, experiences, traditions'' in finding a solution to the major issues, as he addressed Malaysian leaders and members of the country's royal family. 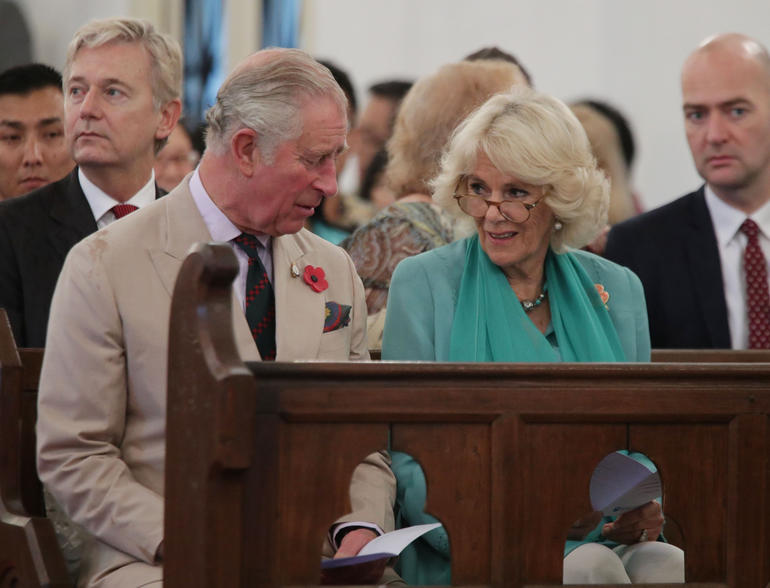 In the special service held in honour of the Prince and Duchess, the sermon was given by the Archbishop and Primate of the Anglican Church in South-East Asia, the Most Reverend Datuk Ng Moon Hing.

The Archbishop paid tribute to the early missionaries who brought Christianity to the region and the efforts of British troops in Malaysia during the 20th Century, including combating the communist insurgency known as the Emergency.

He said: "We also wish to remember many of the British security forces and Army personnel whose bravery and sacrifice speaks volumes and stands tall - where they defended this land during the Second World War and also during the Emergency."