The charity said when paramilitary police attempted to shut down Church of the Prince of Peace in Ighzer Amokrane recently, Christians occupied the church and refused to leave.

The authorities managed to succeed at the second attempt and the church has been closed since 2 September.

Representatives of l'Église Protestante d'Algérie (EPA), the legally recognised umbrella group of Protestant churches in Algeria, said the closure was illegal as it had not been ordered by court.

Around the same time, leaders of another EPA-affiliated church in Maatkas were called by the authorities and interrogated.

The charity said a 2006 ordinance regulating non-Muslim worship requires all churches to be licensed. Since November 2017, most EPA-affiliated churches have been asked to prove they have a licence.

Meanwhile, applications from churches for a licence have been ignored by the authorities and many churches have received written orders to cease all activities.

The charity also said in May this year, a church in the Kabilye area, was shut down. 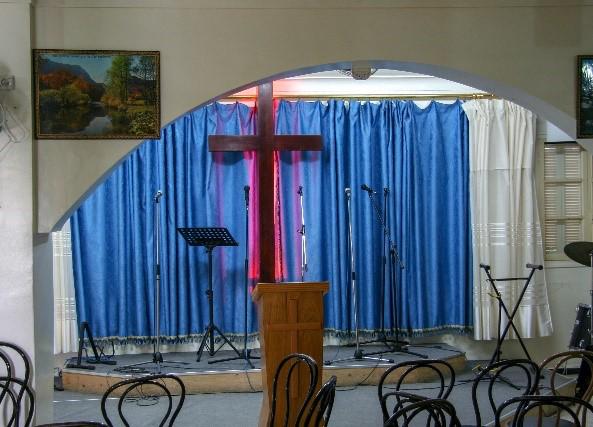 An illustrative image of an Algerian church

An Open Doors spokesperson said: "These actions clearly represent a deeply concerning continuation in the systematic campaign against Christians in Algeria.

"The National Commission for Non-Muslim Religious Groups, which was established by a 2006 Ordinance to issue official permits to churches, until now has not issued a single permit. These latest developments serve to undermine any sense that the Algerian authorities are taking genuine steps to improve Freedom of Religion of Belief in Algeria."

Open Doors UK added that the Algerian Government has also refused to renew the registration of the EPA since 2013.

There are 125,000 Christians in Algeria. They are a tiny minority, making up 0.3 per cent of the total population of 42 million. Most of them are believers from Muslim backgrounds.