A group affiliated with Al-Qaeda has released footage of a captured nun pleading for Pope Francis to help secure her release in West Africa.

A video of Gloria Cecilia Narváez was released by the group Jama'a Nusrat ul-Islam wa al-Muslimin and intercepted by SITE Intel Group, a group which monitors jihadist activity.

The Colombian's appeal was translated into English as saying: "I ask you to help with my freedom and do the impossible and get them to release me."

Local church leader, Bishop Jean-Baptiste Tiama told the Fides news agency: "We have seen the video and we are happy to know she is alive and this urges us to continue our prayers and efforts for her release."

Sister Gloria was taken captive in the Mali - close to the border of Burkina Faso - on 7th February 2017.

She was accused by the group, whose named translates as the Group to Support Islam and Muslims, of "preaching Christianity and supporting the crusaders in Mali". 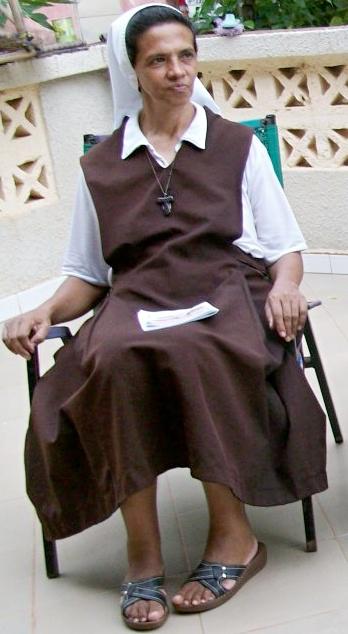 One member suggested that relatives of Sister Gloria should send money to pay for a ransom and hinted that other hostages were also being held.

Jama'a Nusrat ul-Islam wa al-Muslimin has been blamed for a recent spate of attacks across Mali, including a shooting at a Radisson Blu hotel in the capital Bamako in November 2015 which left 20 people dead.