Californian pastor speaks of sitting wildfire out in church overnight

A group of people spent the night in a church while wildfires blazed around them, destroying the town.

Pastor Doug Crowder leads Magalia Pines Baptist Church, Magalia is near Paradise - a town which is now virtually incinerated after receiving the worst of the fire.

He said he was first aware of the fire when he saw it in the distance at about 7 in the morning. The fire he could see was from the sane town where his church had helped clear up 150 homes from a fire exactly 10 years ago.

Pastor Doug told Premier: "However, within the next hour, the fire raced down the mountain 20 miles to the bottom of the town of Paradise.

The town of Magalia then got warnings to evacuate too, with 12,000 people trying to leave via one road. But Pastor Doug stayed behind with the people who couldn't leave town. 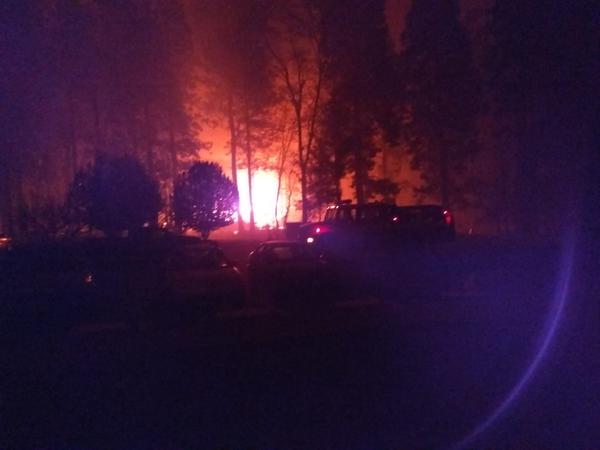 However, the fire then surrounded Magalia, leaving those in the church stuck where they were.

"The only people who knew we were there were the fire department because they were trapped too."

Crowder said he stayed so busy that he didn't feel scared and everyone settled down for the night, thinking the fire would pass them by.

At 1am they woke up with news that they might be able to get out.

"We woke everybody up, got them in cars and vans and such and we were in the parking lot driveway, just about to exit down through Paradise when all of a sudden the world exploded.

"There had been no fire anywhere we could see, other than the glowing red in the skies, and all of a sudden it was on us - it was just there. A fire storm of ridiculous proportions and fire going horizontally, winds of 60-70 miles and hour coming through." 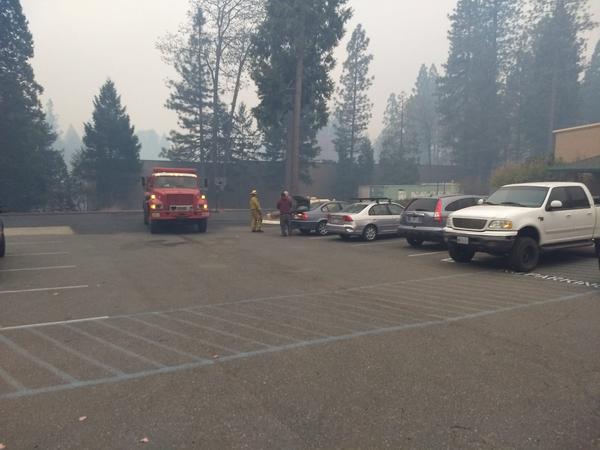 They went back in the building and spent some time praying and hunkered down until the morning.

"After the storm had passed over us, we looked across the street where thousands of homes were and this wall of fire was continuing on down into the canyon, from us, down into all the homes and neighbourhoods, which were disintegrated."

They didn't lose anyone but 3/4 of the congregation's houses are gone.

When asked how it felt to be a pastor at this time he said: "That role I think helps us keep going because you've got to maintain."

"The church is untouched...we were there when the fires were flying between the building and the whole world lit up and yet God's hand just stayed it, we had nothing touched"