Mima, from Ethiopia, who's not revealed his full identity or backstory for security reasons back home, had previously been trying to cross the border but now says he's happy to stay and support the thousands who are living at the camp.

"I'm Happy. I'm not going to the train station to try," he said. "Maybe Jesus has brought me [here]. For me it's better than to go to England."

What's become to be known as the 'migrant crisis' has split opinion in recent months and BBC Songs of Praise received criticism for broadcasting from the camp last week. In a message to British Christians, Mima called for support. He said: "If you can, come and visit us and see.

"Ask Jesus to give us protection and send the angels."

He also highlighted the desperate situation many in the camp are facing. "We're eating once a day. We don't have any facilities here," he said. "People are getting pneumonia. People are dying."

In light of criticism of the migrants, the Church of England has called for more sympathy for those in the camp.

Speaking to Premier, earlier this month, Rt Revd Trevor Willmott, the Bishop of Dover said: "Some of those people in Calais at the moment have come from the most horrific situations, where they've been subject to violence; where they've had their homes destroyed."

"And we have to say to ourselves what would happen to us if we were in that place? We're very fortunate in England, we've got freedom." 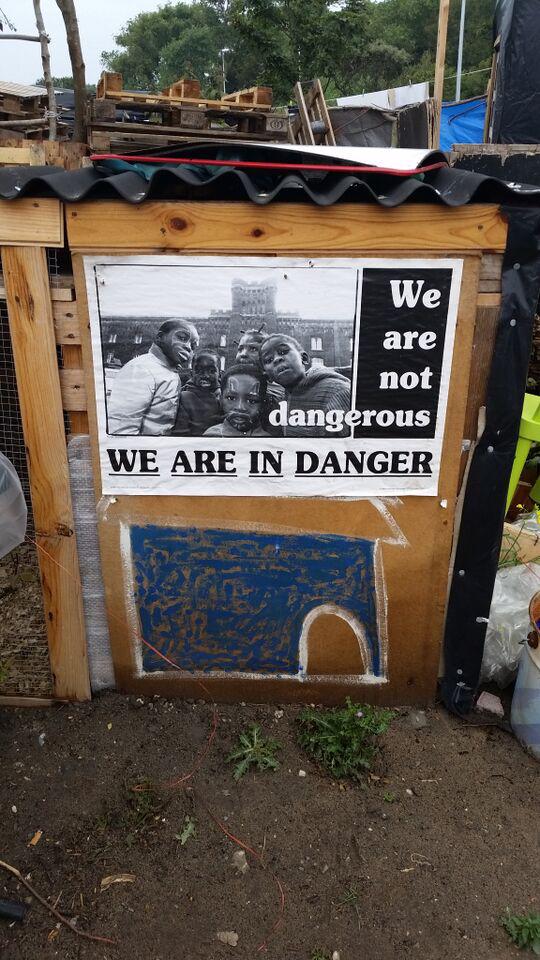 It's reported the Home Secretary Theresa May will sign an agreement later this week to tighten up security in Calais. It's claimed a deal with the French authorities will also include specific measures to tackle the human traffickers behind migrants journeys and a further commitment to boost humanitarian support for those deemed most vulnerable.

At least nine people are known to have died while attempting to get into the UK.

The government's already pledged £22 million to improving security in Calais.