A British Mezzo soprano has chosen to provide the official song for the Pope's Jubilee celebrations in Rome.

Carly Paoli from Nottinghamshire has been chosen by the Vatican to sing the official song of the Jubilee Tours for visitors the Eternal City throughout 2016.

Her song Ave Maria will accompany one of the most important events in the Catholic Church.

It is thought almost eight million pilgrims have visited Rome so far this year to take part in the celebrations and official walking tours of the city.

Carly Paoli was born in the UK but spent summers with her family in southern Italy.

She is fluent in Italian and thrilled to be part of the celebrations: "I am blessed that Ave Maria has been chosen as part of the Jubilee Celebrations.

"Ave Maria is a beautiful song which I hope echoes the theme of Mercy the Holy Father has declared for the Jubilee year." 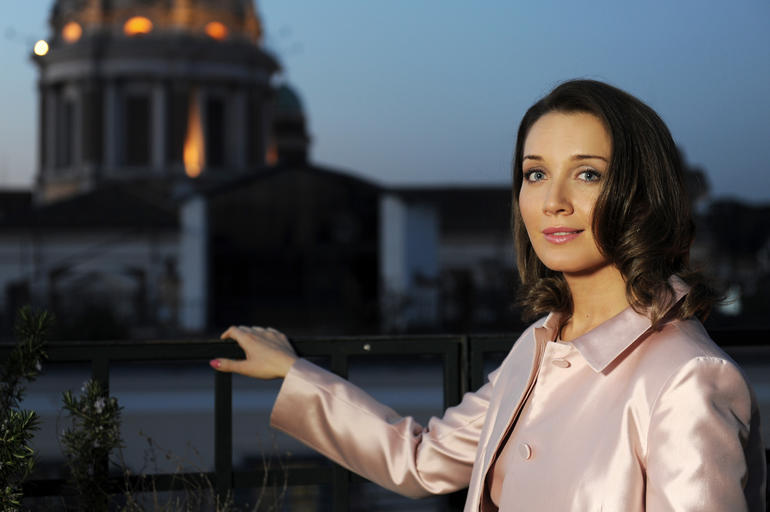 Monsignor Andreatta, CEO of Opera Romana Pellegrinaggi and Secretary to the Pope helped launched the track.

Ms Paoli went on: "I first met Monsignor Andreatta last summer when he came to Caracalla to the UNICEF show where I performed with Andrea Bocelli and Jose Carreras.

"He told me backstage that he loved Ave Maria and its message of hope and wanted to find a way to share that message around the world.

"I feel humbled to be part of the Holy year of Mercy and honoured that Ave Maria will play a part in such a special year for the Church."

Monsignor Andreatta said: "Her voice brings across the emotion of this important song in a beautiful way."

Carly Paoli is a classical performer and made her international debut with 16-times Grammy Award winner David Foster in 2014.

Since then she has performed with acts including Reba McEntire and Carrie Underwood as well as boxing legend Muhammad Ali at the Celebrity Fight Night fundraiser in Phoenix, Arizona.

Her song is for the Holy Year of Mercy, a special Jubilee Year.

Jubilee Years are traditionally held every 25 years as a chance for the faithful to be forgiven for their sins.

Churches of the Vatican are opened up to pilgrims who are encouraged to visit the different basilicas in the city.

Pope Francis said that 2016 would be an Extraordinary Jubilee, titled The Holy Year of Mercy, where the Church will celebrate volunteers, the sick, disabled, young people.