A Christian missionary couple have been reunited with their baby after they were given the wrong child in hospital.

British-born David Cushworth and Salvadorian-born Mercedes Casanellas accused a doctor at the hospital of swapping their child as part of a suspected trafficking plot.

The parents accused the doctor of planning to swap their lighter-skinned son with a darker-skinned infant to sell on to traffickers.

But Dr Guidos said this was an innocent mix-up. 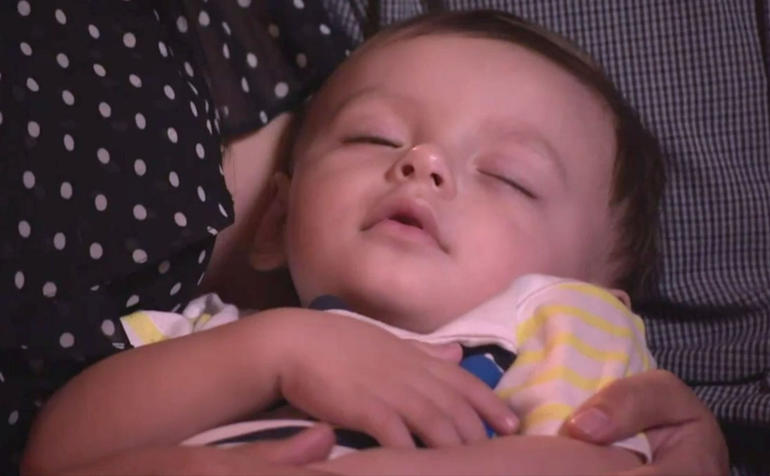 DNA tests then confirmed the baby they took home to the USA with them was not their child.

The couple have now returned to their home in Texas after a long battle to bring home their one-year-old son Moses.

Speaking to WFAA8, Mr Cushworth said: "It's been a long and painful process, and I can't believe we have this beautiful miracle boy here in Dallas."

The pair had to battle with the El Salvador government who refused to give Moses a birth certificate or passport to travel to the USA.

The couple had taken home another baby boy, who they named Jacob.

They were given one hour to say goodbye to him before the babies were returned to their rightful parents.

Mercedes Casanellas said: "I think that was the most difficult part -- we raised him like ours."

Problems began last year after Mercedes went back home to have her baby.

Mr Cushworth told the BBC: "I just accepted it as my child.

"Now I look back at the pictures around the time we came to Dallas when he was three months old, and I'm shocked that I never suspected, because you can see that it's just obviously not my child if you look at some of the pictures.

The pair were married in the American country after meeting at the Christ for the Nations missionary school in Dallas.

The family says God is guiding their journey and they have faith that Moses will be able to stay with the family permanently.

At present, the baby has a three-week visa.