Police are investigating after the body of a British missionary was found in Peru on Tuesday.

The discovery was made at a hostel that Paul McAuley ran for indigenous students in the Amazon city of Iquitos.

Born in Portsmouth, the 71-year-old was an environmental activist and a lay brother of the Catholic De La Salle Brothers teaching order.

In a brief statement, Brother Laurence Hughes from the order's UK office told Premier: "Brother Paul worked among young people in Peru for many years in the tradition of our Founder, St Jean Baptiste De La Salle.

"He was awarded the MBE by Her Majesty the Queen for his work. We are keeping him, his family and his many friends in Peru in our thoughts and prayers."

According to local reports, Mr McAuley's body had suffered burns. State prosecutor officials said six indigenous youths were being questioned over his death.

Paul McAuley became a prominent figure in Peru in 2010 for helping local tribes oppose damage to their environment being done by energy companies.

Andy Lester from the Christian conservation charity A Rocha UK told Premier his death is a tragedy.

He said: "One of the things that Paul had often said was, 'If I'm guilty of any crime, it's enabling people to know and understand their rights'. 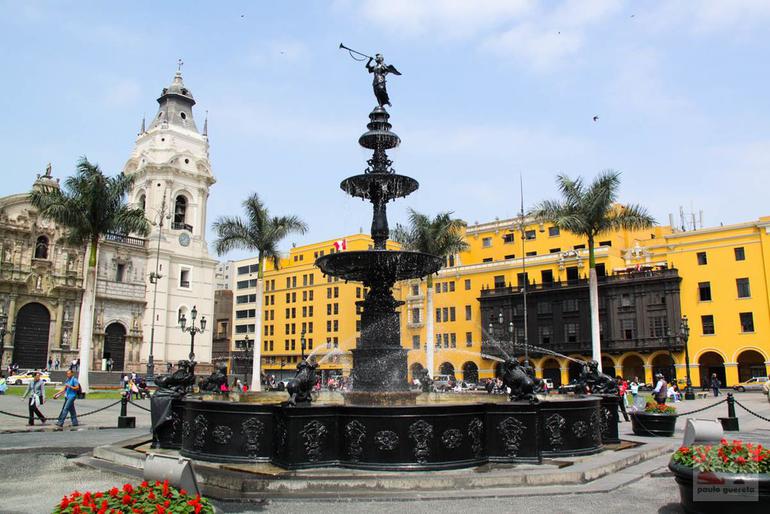 Peru tried to expel Mr McAuley over his environmental work. The move was successfully challenged in the courts.

Mr McAuley first arrived in Peru in 1995. We went on to set up a school in a poorer neighbourhood of the country's capital, Lima.

Click here to listen to Premier's Alex Williams speaking with Andy Lester at A Rocha UK: