Brangelina reaction: 'We all hit a crisis', says Christian charity

A Christian charity has told Premier's News Hour all couples experience ups and downs in their relationships, after it was revealed Hollywood star Angelina Joli

The pair, collectively known as Brangelina, have been together twelve years since they met filming Mr and Mrs Smith.

They have six children.

She said: "The marriage has to be the first priority in all cases, because the dream job can very soon turn sour if the other partner didn't want it to happen - and that's often a question we get from couples in marriage preparation: 'What if?'"

Actor Brad Pitt has said he is "very saddened".

Bridie Collins went on: "They've had five marriages between them now so it does beg the question: 'What does it take'? I think it highlights that it's not just wealth, good looks and romantic love that keeps us with the same person for life.

"We've made these promises for better, for worse, and we will all hit a crisis, but actually couples who manage to work through that can often end up in a much stronger position."

Robert Offer, Jolie's lawyer, said the actress had filed for the dissolution of the marriage "for the health of the family".

She filed for divorce on Monday citing irreconcilable differences, according to legal documents filed with the Los Angeles Superior Court.

She has asked for physical custody of the couple's six children - Maddox, Pax, Zahara, Shiloh, and twins Knox and Vivienne.

She also filed for Pitt to be granted child visitation rights and to share legal custody of the children. 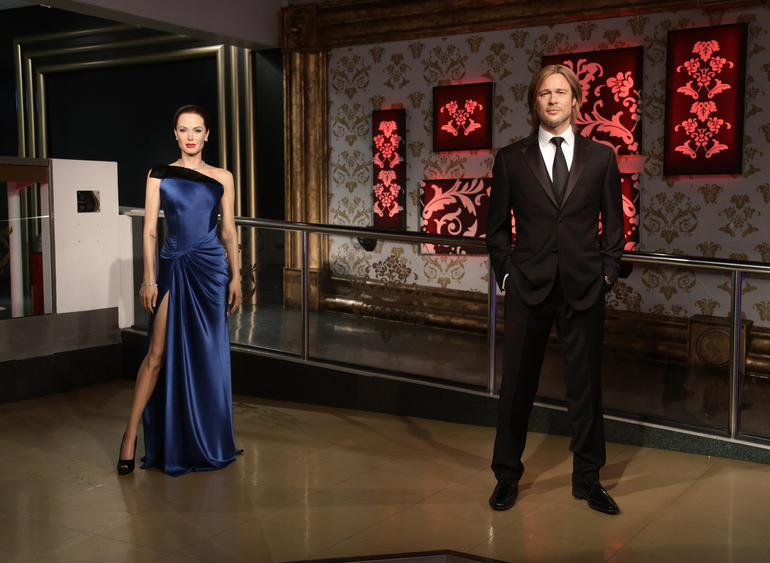 The pair had waited for same-sex marriage to become legal before they tied the knot, Brad Pitt told Esquire magazine in 2006: "Angie and I will consider tying the knot when everyone else in the country who wants to be married is legally able to."

Pitt and Jolie's waxworks at Madame Tussauds have been split up following news of their break-up.