The predominantly Christian schoolgirls were taken by the Islamist militant group in April 2014 from their secondary school which sparked global outrage and a celebrity-backed campaign called #bringbackourgirls.

A total of 57 students escaped in the immediate aftermath of the kidnapping and a further 107 have either been found or released as part of a government deal with the terrorist group.

The eight suspected Boko Haram members were paraded in front of local press, which is a custom routinely done by police in the West African nation. 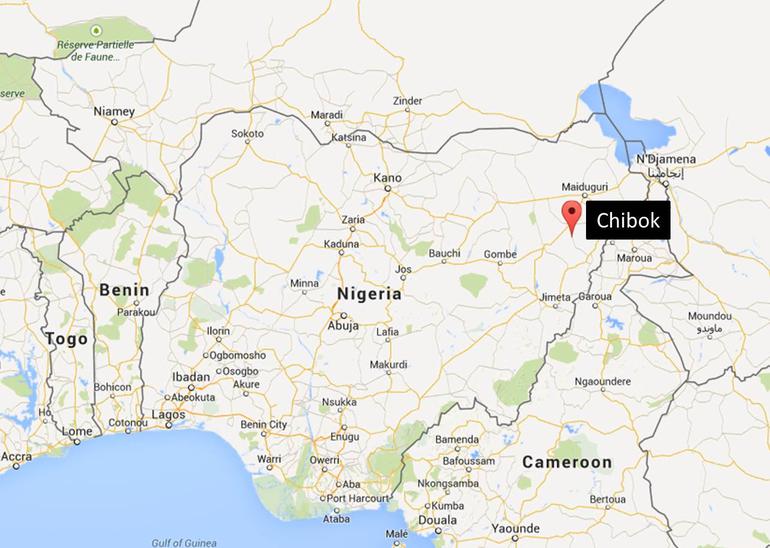 Meanwhile, a police spokesman has told CNN one of the eight men arrested is a top commander from the terror group that "coordinated and led" the kidnapping.

Mayinta Modu, 23, reportedly told the police during interrogations that the remaining schoolgirls have been married to Boko Haram commanders and were not willing to come back.

"They said many of the girls have accepted the Boko Haram doctrine and don't see any reason to leave their husbands. It's only those that were desperate to come that were released in that swap deal," Deputy Police Commissioner Abba Kyari said.