Nigerian terror group Boko Haram has released all but one of the Dapchi schoolgirls who were kidnapped last month. The only girl who was not released is also th

The girl's name is Leah Sharibu and she is 15 years old.

The terrorist organisation reached an agreement with the Nigerian government that there would be no interference with the return.

In the early hours of 21st March, Boko Haram drove into the town with nine trucks and unloaded all of the girls, except the five that died during the kidnaping, and Sharibu.

"Her friends said they tried to convince her but she said she will not convert to Islam," the girl's mother said.

"Boko Haram said since she will not convert to Islam she should remain behind.

"That was how they left her."

Leah Sharibu asked her departing Muslim classmates to pray for her.

One of girls who was released confirmed to Nigerian Newspaper The PUNCH, "One girl, Leah, is still with them [Boko Haram] because she is a Christian. About five are dead but it was not as if they killed them - it was because of the stress."

Religious freedom charity International Christian Concern (ICC)  said since the incident in Dapchi, Borno and Yobe states have closed down all boarding schools in order to protect their children.

It's been four years since the abduction of the 276 schoolgirls from Chibok. There are currently still more than 100 schoolgirls missing from that incident. 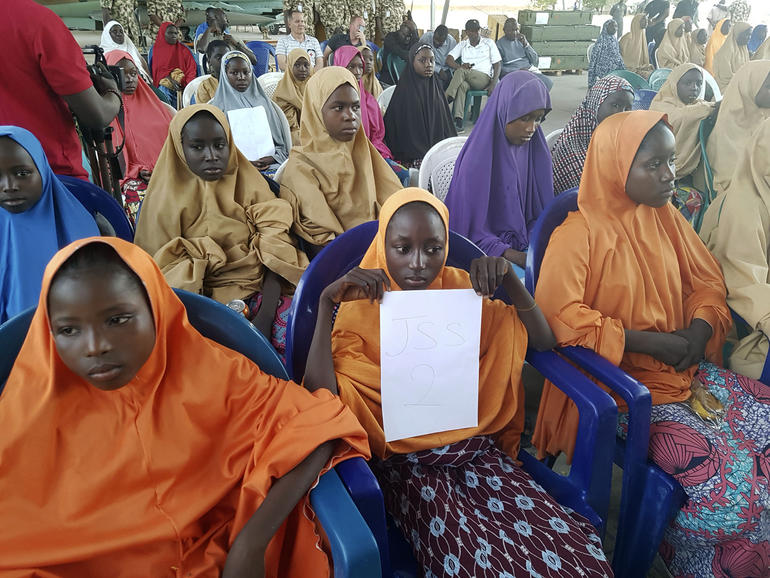 ICC's regional manager for Africa, Nathan Johnson said: "This cowardly act has shown that the terrorist organisation truly despises Christians and their faith.

"We call on the Nigerian government to act swiftly to secure the release of Leah and the remaining missing girls from Chibok."