Bishop on Black Lives Matter protest: How can "we make life better for everybody?"

A Christian commentator has told Premier that Black Lives Matter protesters need to start "not just raising the question, but providing some answers"

Bishop Dr Joe Aldred who is from Churches Together in Britain and Ireland, and a commentator on black and minority ethnic issues, was speaking as anti-racism activists carried out a day of action across the country.

People trying to get to Heathrow Airport have faced delays after demonstrators claiming to belong to the Black Lives Matter movement laid across a road.

Ten people have been arrested. 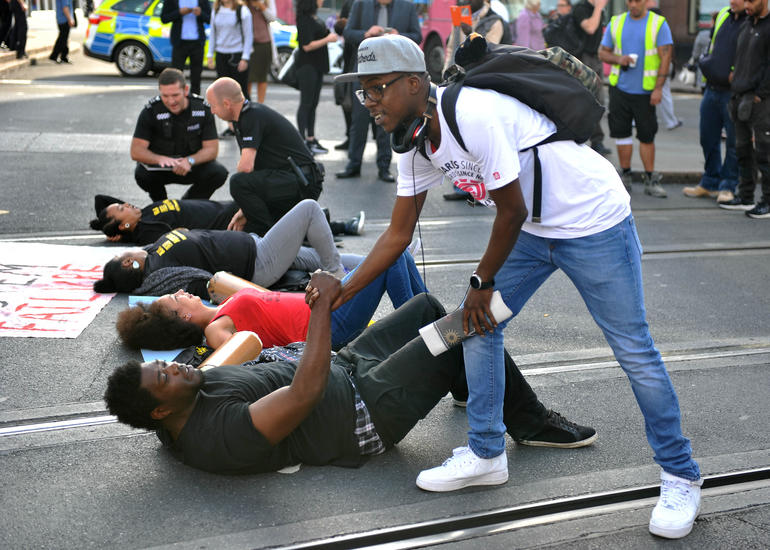 Bishop Dr Joe Aldred told Premier's News Hour that the nature of the protest needs to be productive.

He went on: "[It is] not just [about] raising the question, but providing some answers.

"In the case of Black Lives Matter here in this country, I would say we need to be clear about what it is that we're saying to young people about what they should do... What are your actions that [Black Lives Matter] can take, to make life better for everybody?" 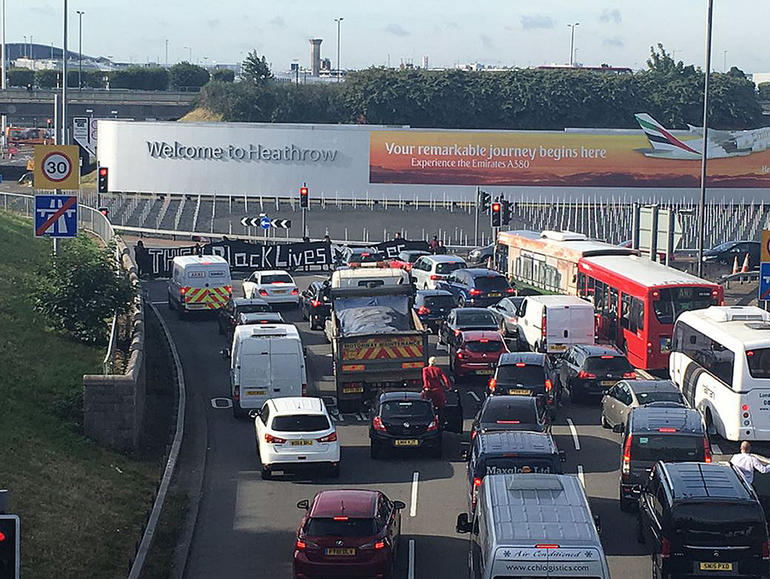 The campaign group Black Lives Matter UK called for "nationwide #shutdown" in a post on social media on Thursday and there are reports of protests taking place in Birmingham and Nottingham.

It said it wanted to commemorate the fifth anniversary of Mark Duggan's death.

Mr Duggan, 29, was shot by police attempting to arrest him in Tottenham, north London, in August 2011, in an incident which sparked nationwide riots.

An inquest jury decided that Mr Duggan was lawfully killed by a police marksman. 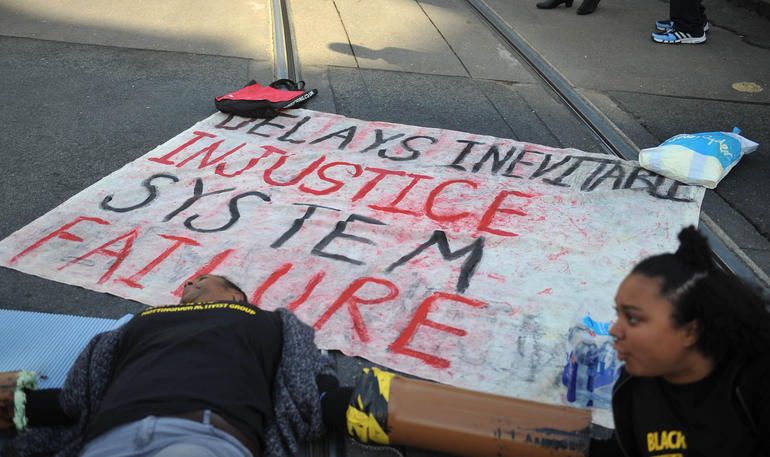 Bishop Dr Joe Aldred said: "Whatever one may think about the nature of the protest and the blocking of roads, which is obviously to catch attention, we'd be best put going back to, what is the reason for this?

"And the reason is to point to what seems to be here and in America - more so in America - a disproportionate amount of deaths in police custody of black people."