Church leaders in Berlin have responded to the terror attack at a Christmas market by warning against blaming refugees.

Authorities investigating the lorry attack believe they may have the wrong man in custody and said several attackers could have been behind the market massacre.

A Pakistani asylum seeker was arrested in the aftermath of Monday's attack but he has denied being responsible, and police in Germany have admitted the person behind it may still be armed and at large. 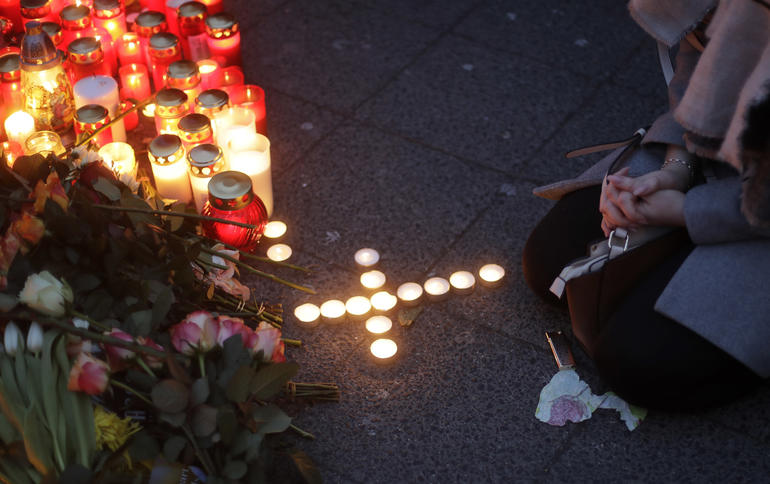 Chancellor Angela Merkal has held Germany up as one of the most generous countries in Europe and has taken in more refugees and asylum seekers than other nations.

Federal public prosecutor Peter Frank said the "modus operandi" of the attack had echoes of July's atrocity in Nice, in which 86 people died, and could have been the work of Islamic extremist groups, with the target of the attack "highly symbolic". 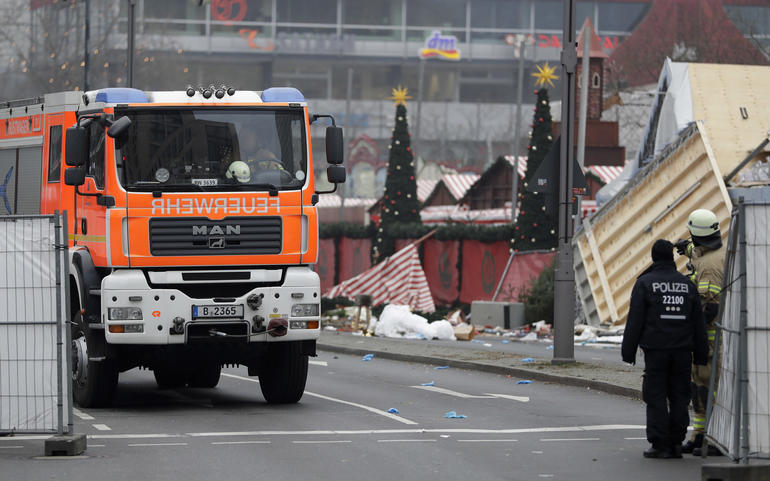 He added: "They are feeling particularly vulnerable. Many of them have now got German friends and families who are now supporting them and that's just something we have to reinforce and we have to encourage.

"We are standing together as the people who live in Berlin and we're horrified at this attack. We're renewing our love and concern for each other."

While the attack at the heart of the German capital is being treated as terrorism, no organisation has come forward to claim responsibility. 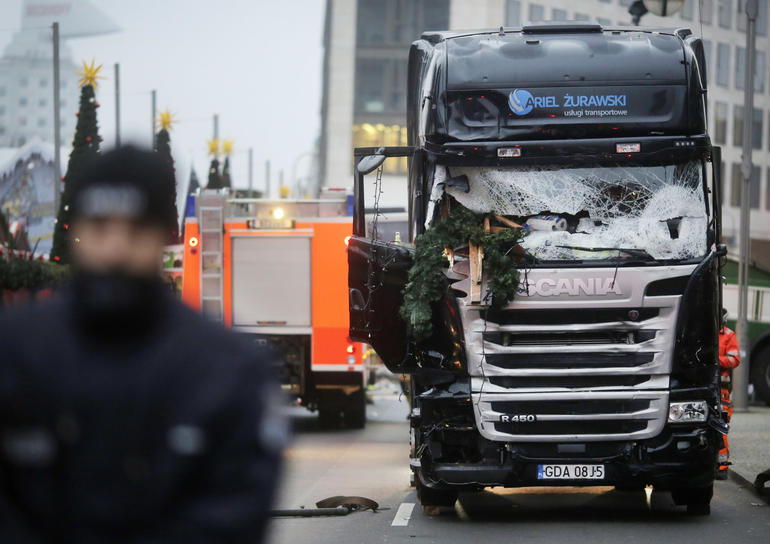 Eleven people were killed when the articulated lorry careered through huts and stalls at the Christmas market near Kaiser Wilhelm Memorial Church, along with a Polish man found shot dead inside the lorry's cab.

German chancellor Angela Merkel and senior officials visited the scene of the attack on Tuesday, laying white roses among candles at a makeshift shrine to the dead and injured.

Pastor Steve Dye from CrossWay International Church Berlin told Premier's News Hour the atmosphere had changed: "You hear about attacks of terror almost every day now, but when it hits the city that you love and that you live in, it affects you obviously in a much closer way." 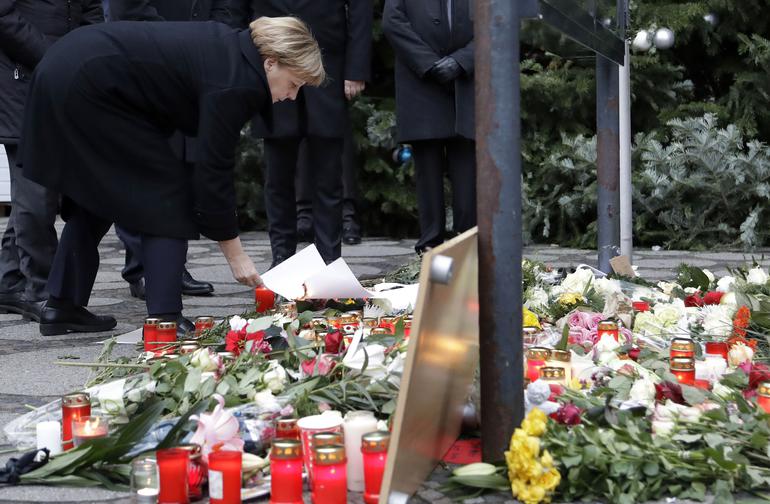 The attack has led to heightened security concerns in the UK, though a Number 10 spokesman said there were "no plans" to change the UK's security level, which currently stands at "severe" - meaning a terror attack is highly likely.

But police, including Scotland Yard, are reviewing preparations already in place to protect public events over the Christmas and New Year period.

Terror expert and Christian Simon Barrett told Premier it's hard to prevent these type of attacks: "We would need bollards everywhere and that's just not practical.

"That's the great danger, terrorists look to see where they can cause the most damage and the most harm."