Baptist pastor arrested in Cuba ahead of Obama visit

Revd Mario Felix Lleonart Barroso was taken from his home in the village of Taguayabon, Villa Clara Province. His wife Yoaxis Marcheco Suarez, was put under house arrest.

Speaking to CSW just after his arrest, she said he'd been taken to the city of Santa Clara, where the authorities had refused to allow any food or liquids to be brought to him.

No one from his family or church has been able to communicate directly with the pastor since his arrest.

Speaking about the visit of the US President, she said: "President Obama has an extraordinary challenge. He will go into history as the first US leader to either give a great boost to the old Cuban dictatorship, or he will be remembered as the one who found the antidote to eliminate it.

"For the moment, we will see if he, at the very least, vehemently condemns the human rights violations that this regime commits every day.

"For now, all I can say is that there was a huge contrast between Obama's big smile when he arrived in Havana and saluted the lackeys of the system, and the repressive environment which the real Cuba breaths, something which I'm sure he won't be able to truly appreciate in the short hours of his visit to the island."

CSW's Chief Executive Mervyn Thomas, said "The Cuban government's decision to detain Reverend Lleonart Barroso, to put his wife and children under house arrest and cut off their communication, and the violent mass arrests of members of the Ladies in White and other human rights activist on the very day of President Obama's historic arrival to the island is a slap in the face to the United States, as well as to the European Union and other countries which have been encouraging improvement in respect for human rights in Cuba.

"We are deeply disappointed at this turn of events, and call on President Obama to demand the release of these prisoners as matter of urgency.

"If the events of the weekend are allowed to pass in silence, it bodes ill for the likelihood of any improvement in human rights in the future. Our prayers are with Reverend Lleonart Barroso and Yoaxis Marcheco Suarez, and with all human rights defenders and pro-democracy activists who find themselves behind bars today, on what was supposed to herald a new era for Cuba." 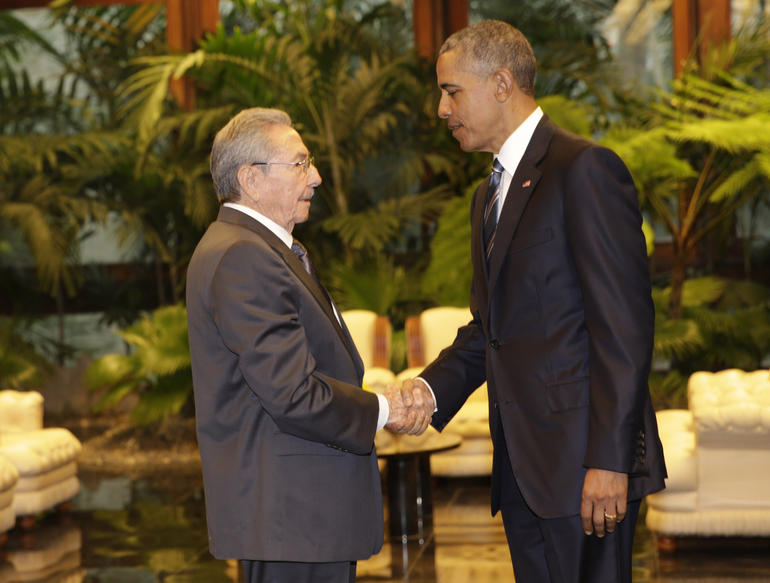 Meanwhile, President Obama shook hands with the Cuban President Raul Castro on Monday with the two leaders exchanging words and smiling for the cameras as they met at the Palace of the Revolution in Havana.

Barack Obama is the first US President to visit the communist island in 88 years. 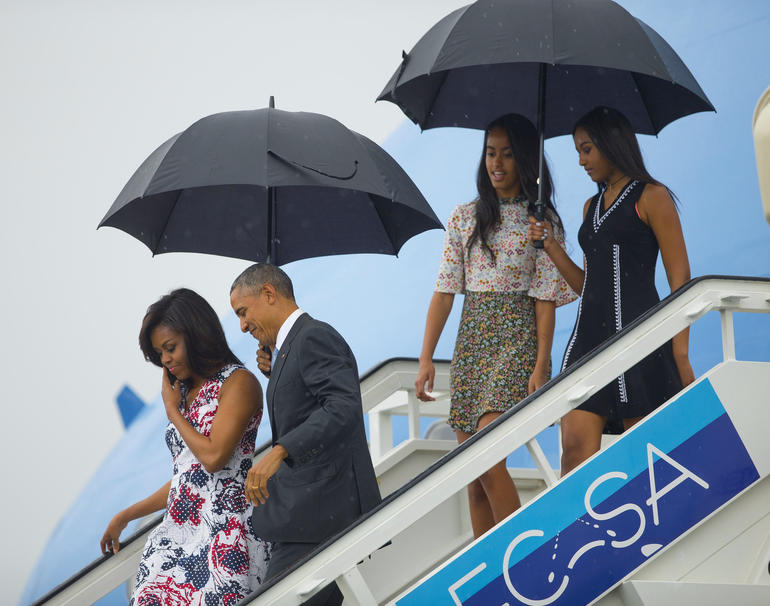 He says he'll press for economic and democratic reforms during the historic meeting.