The storm is expected to approach the northwest Bahamas on Saturday and then move over or near that region on Sunday.

Though Dorian is growing in intensity, some of the more reliable computer models predicted a late turn northward that would have Dorian hug the coast, the National Hurricane Centre said.

Dorian was located 480 miles east of the northwest Bahamas and about 660 miles east of West Palm Beach in Florida at 11am on Friday, US East Coast time.

It had maximum sustained winds of 110mph and was moving northwest at 10mph.

Properties were being boarded up and shops were selling supplies as residents braced themselves for the arrival of Dorian. 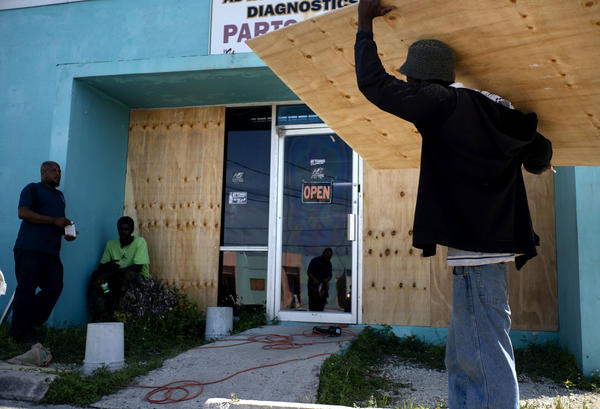 A hurricane watch was in effect for northwestern Bahamas, where long lines formed at gas stations and grocery stores on Friday.

"The food store is very packed," said 47-year-old Gina Davis as she pushed her grocery cart through the aisle.

"I'm very concerned because it's going to be a Category Four storm. ... We pray to God that it don't do us bad."

Stephen Russell, director of the island's National Emergency Management Agency, said major storms have hit the Bahamas for three consecutive years: Hurricane Joaquin in 2015, Matthew in 2016 and Irma in 2017, causing an estimated 80 million US dollars in damage.

"We are a resilient nation," he said in a statement.

The hurricane could strike Florida with even higher winds and torrential rains late on Monday or early on Tuesday, with millions of people in the crosshairs, along with Walt Disney World and US President Donald Trump's Mar-a-Lago resort.