Authorities are working to confirm the identity of a man who attacked police outside Notre-Dame Cathedral in central Paris yesterday.

The hammer-wielding assailant attacked officers - injuring one person - outside the 12th century church on Tuesday, crying "this is for Syria" before he was shot and wounded.

The incident, which occurred at around 4.20pm local time, prompted a lockdown at Notre-Dame Cathedral. At least 600 people were inside at the time. They were later released one at a time after being searched by police. 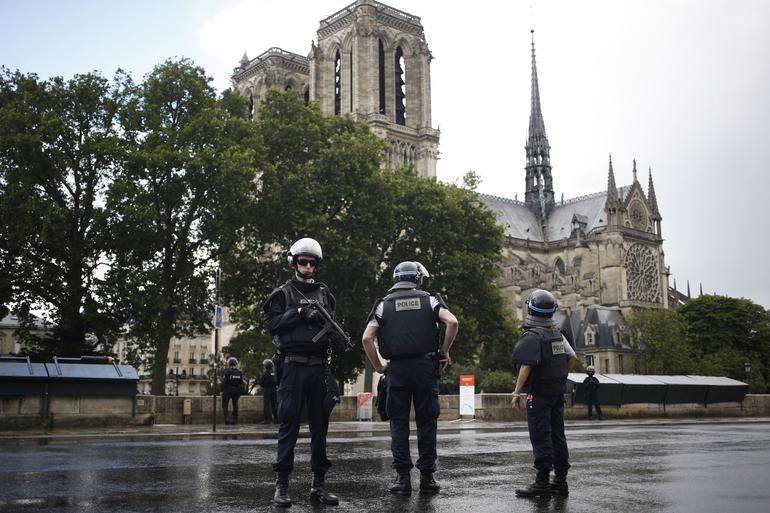 French Interior Minister Gerard Collomb said one police officer was lightly wounded in the attack and it is thought the assailant was acting alone. As well as a hammer, he was also carrying kitchen knives.

French media cited a source close to the investigating as saying the attacker claimed he was a "soldier of the Caliphate", presumably a reference to Islamic State. Documents on his person suggest he is an Algerian student.

France remains under a state of emergency following a string of Islamic extremist attacks.

An attacker opened fire on a police vehicle on the Champs Eysees in Paris in April killing one officer and seriously wounding two others. The perpetrator was shot dead.

The incident followed two other attacks on soldiers protecting prominent Paris sites, one in February at the Louvre museum and another at Orly airport in March.