Australia's prime minister has delivered a formal apology to the country's victims of child sex abuse, saying the nation must acknowledge their long, painful jo

Scott Morrison's emotional speech delivered in the Australian parliament before hundreds of survivors followed the conclusions of a royal commission into institutional responses to child sexual abuse, the nations' highest level of inquiry.

"Today as a nation we confront our failure to listen, to believe, and to provide justice," he said, adding: "We say sorry."

The four-year inquest that delivered its final report in December revealed shocking evidence from more than 17,000 survivors and heard allegations against government, church and private institutions, as well as prominent individuals.

It also heard evidence from leaders such as Vatican Cardinal George Pell, who is charged with committing historical sex abuses himself and was accused of failing to protect children.

Mr Morrison said it was time for Australia to confront key questions.

"Why weren't the children of our nation loved, nurtured and protected? Why was their trust betrayed?" he said.

"Why did those who know cover it up? Why were the cries of children and parents ignored? Why was our system of justice blind to injustice? Why has it taken so long to act? Why were other things more important than this, the care of innocent children? Why didn't we believe?" 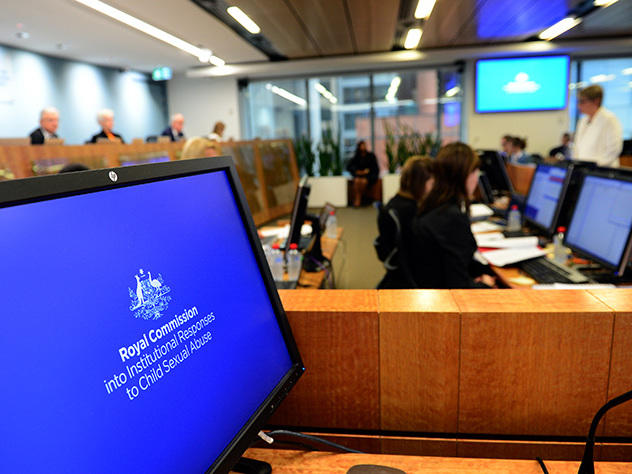 Mr Morrision said nothing could be done to right the wrongs inflicted on children.

"Even after a comprehensive royal commission, which finally enabled the voices to be heard and the silence to be broken, we will all continue to struggle," he said.

"So today, we gather in this chamber in humility, not just as representatives of the people of this country, but as fathers, as mothers, as siblings, friends, workmates and, in some cases, indeed, as victims and survivors."

Gathered MPs stood for a minute's silence following the apology, which came with the announcement of government plans to create a museum and research centre to raise awareness and understanding of the impacts of child sexual abuse, and to ensure the nation does not forget the horrors victims have suffered.

The research centre will also assist those seeking help, and guide best practice for training and other services. 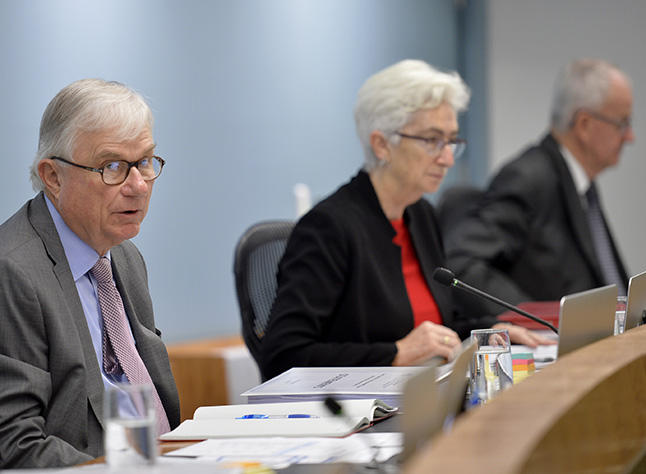 Picture: Members of the royal commission

The government will also commit to reporting every year for the next five years on the progress of the royal commission's recommendations.

It has already accepted 104 of the commission's 122 recommendations, including a redress payments programme, with the other 18 still under examination.

The government has also established a new office of child safety, to report to the prime minister.

"Our nation let you down. Today, we offer you our nation's apology, with humility, with honesty, with hope for healing now, and with a fire in our belly to ensure that our children will grow up safe in the future," Mr Shorten said.

While many survivors and campaigners went to Canberra to hear the apology, many are still calling for far more work to be done to address the history of abuse.

Care Leavers Australia Network chief executive Leonie Sheedy called on the government to remove a charity tax exemption from institutions that are still deciding whether to opt in to the national redress scheme for victims.

She says she has never healed from being abused.

"You can learn to live with it, but it never goes away. It will be with me and all care leavers until the day that they put the lid on the coffin," Ms Sheedy told the ABC on Monday.

Hetty Johnson, founder of the Bravehearts support group for victims, said survivors had made it clear they wanted all the royal commission's recommendations fully implemented.

"There is a lot of anger in the community," she told Sky News.

"They've made it very clear they want these recommendations implemented as they were intended and it's yet to see whether the government will actually do that."