Tony Abbott, has led opposition from within government ranks to same-sex marriage and the faction he heads has repeatedly threatened to stabilise Australia's gay-marriage supporting Prime Minister.

Malcolm Turnbull has promised that a national vote on same-sex marriage will be held before the end of the year.

Mr Abbott told Parliament: "If you're worried about religious freedom, and freedom of speech, vote 'no' because voting 'no' will help to stop political correctness in its tracks."

A postal ballot - which is not binding - will begin in September but the government will not legislate on the issue without it.

If most Australians vote no, the government will not allow Parliament to consider lifting the nation's ban on same-sex marriage.

Mr Abbott's sister, Christine Forster, a Sydney city councillor who is engaged to her same-sex partner has publically opposed her sibling's views on the issue.

On Wednesday she tweeted: "If you want the person you love to be in every sense a part of your family, vote yes." 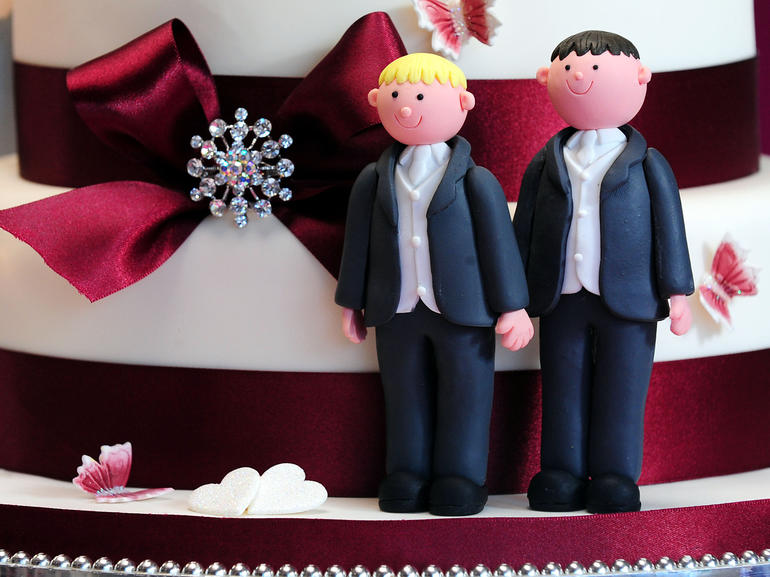 Gay-rights advocates and many politicians want Parliament to legislate for marriage equality now without an opinion poll, which they see as an unjustifiable hurdle to reform.

Some have filed a court challenge to the government's plan to canvass Australians' opinion on gay marriage, while a retired gay judge said he would boycott the survey as unacceptable.