The Archbishop of Canterbury, Justin Welby, has warned David Cameron that his refugee policy is discriminating against Christians in Syria facing persecution.

He is thought to have had a private meeting with the Prime Minister to voice concerns that of the 20,000 refugees the government has allowed in, many Christians will be excluded.

According to The Sunday Telegraph the men met last week.

The government is committed, along with other EU nations, to take in refugees from United Nations camps in Syria and surrounding countries. 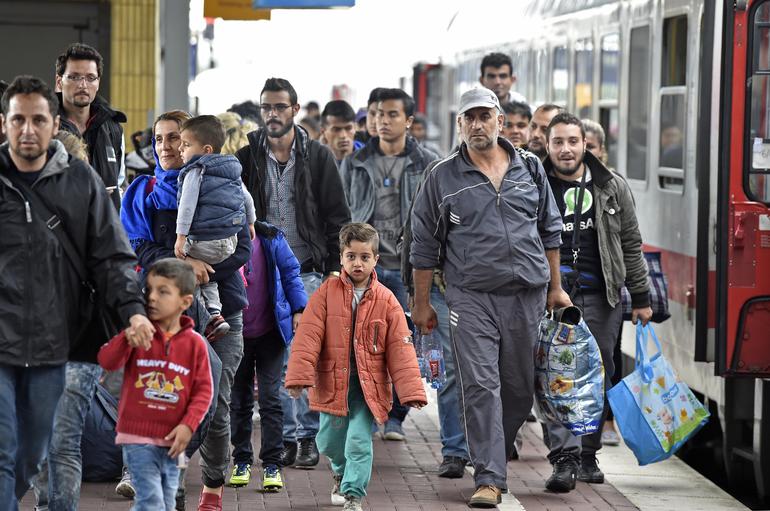 Refugees from Syria arrive at the train station in Dortmund, Germany

Justin Welby says this risks excluding Christian refugees because many would have avoided the refugee camps for fears of persecution from rogue Islamist groups already there.

The UK and USA have been accused to ignoring the fate of many of these Christians from Syria by a group of 14 organisations.

The coalition of faith groups is critical because the UK has not used a policy of positive discrimination to help Christians.