A synagogue mass shooting in which eleven people lost their lives has been condemned by the Archbishop of Canterbury and Pope Francis.

Eight men and three women died in the incident which targeted the Tree of Life Synagogue in Pittsburgh, Pennsylvania at the weekend.

Most Rev Justin Welby said: "We stand together in deep sorrow and prayer with Jewish people everywhere as they mourn the victims of the Pittsburgh attacks.

The victims had been attending a baby naming service when shots were fired. A man has been arrested and charged with 29 offences.

Leading prayers on Sunday in St Peter's Square at the Vatican, the pope said: "In reality, all of us are wounded by this inhuman act of violence 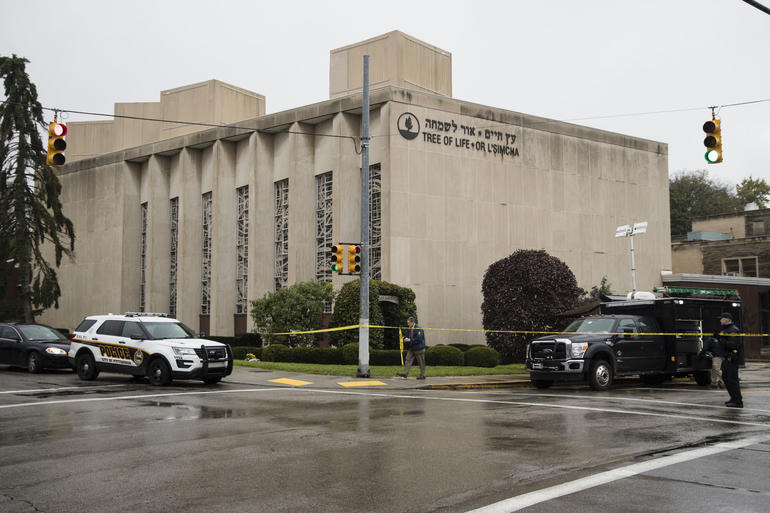 The pontiff prayed for God "to help us to extinguish the flames of hatred that develop in our societies, reinforcing the sense of humanity, respect for life and civil and moral values."

The suspect, named as Robert Gregory Bowers, has been charged with 30 offences; eleven counts of criminal homicide, six counts of aggravated assault and 13 counts of ethnic intimidation. The incident was described by the leader of the Anti-Defamation League as the deadliest attack on Jews in US history.

US President Donald Trump ordered staff at federal buildings across the United States to lower flags down to half-mast in respect for the victims.