There was an expectation the Pope would visit the north as part of the Ireland trip, but it was confirmed at a press conference on Monday that he will not cross the border.

Eamon Martin, Archbishop of Armagh and Primate of All Ireland, said: "We were really hoping this might be an opportunity and I think he really would love to come to Northern Ireland but I suppose the pressures of this particular event and all he wants to do for the World Meeting of the families has overtaken that.

"I don't get any sense from those I have been speaking to that the Holy Father is ruling out the possibility of ever coming to Northern Ireland.

"I think there will have to be a specific visit and I hope it will be soon."

As part of his trip, the Pope will be flown to Knock in Co Mayo for a visit to the Chapel of Knock Shrine. 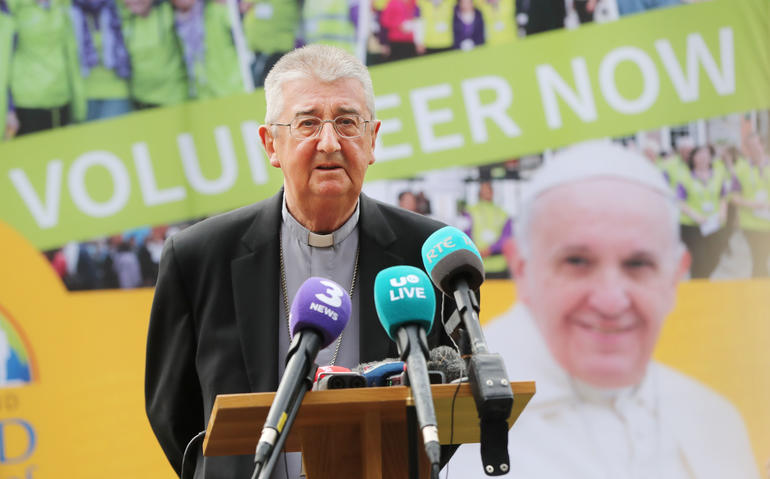 Archbishop Diarmuid Martin, president of World Meeting Of Families 2018, speaks at a press conference at Maynooth University in Co Kildare outlining plans for Pope Francis' visit to Ireland this summer.

Archbishop of Dublin, Diarmuid Martin, said victims and survivors of clerical abuse meeting the Pope are high on the list of priorities.

Speaking at the launch of the Pope's schedule in Maynooth, near Dublin, Archbishop Diarmuid Martin said: "The Pope will meet with various groups.

"In other visits across the world he has met with survivors. Generally speaking, he has met them quietly to respect their anonymity and we'd be looking at the way that can be done.

"There are a wide range of people who are survivors of institutions, of abuse by priests, and of mother and baby homes.

"We'd find a way which the Pope can address concerns of all of those people but we have many meetings.

"I get five letters a day from people wanting to meet the Pope and certainly victims and survivors are high on the list of priorities. 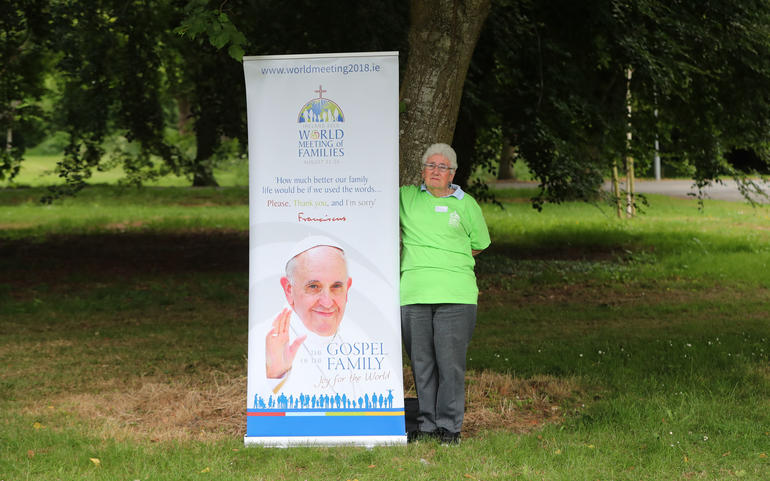 The estimated cost of the Pope's visit is 20 million euro, and will be paid for by fundraising, the Catholic Church and the Irish Government.

He will visit Ireland on Saturday August 25 and Sunday 26.

Archbishop Eamon Martin also said child abuse is one of the "horrific realities" of the church in Ireland.

"It's been traumatic for anyone who has experienced that and that trauma has rippled through and destroyed so many people around them and their family life.

"I hope we will have a sense of direction in moving forward and how to reach out to those who are suffering in this way and in other ways in the church."

Archbishop Eamon Martin was also asked whether members of the LGBT community can volunteer at the festival.

He said: "I've absolutely no idea that people will be asked their sexual orientation when becoming a volunteer but I imagine that all those visiting, as visitors, as participants, that we don't necessarily reveal our sexuality when we're coming along to any event."

"I look forward to welcoming Pope Francis to Ireland this August.

"This will be a significant visit by a global and spiritual leader to Ireland and is the first visit of a pontiff here in almost 40 years.

"This is also a hugely important opportunity to showcase Ireland as images of this visit will be viewed around the globe."

The itinerary of Pope Francis's visit to Ireland for the World Meeting of Families was announced.

- He will arrive at Dublin airport at 10.30am on Saturday and travel to the presidential residence where he will meet Michael D. Higgins.

- At midday the Pope will give a speech at Dublin Castle.

- Pope Francis will visit St Mary's Pro-Cathedral before travelling to the Day Centre of the Capuchin Fathers for a private visit with homeless families.

- In the evening the Pope will give a speech at the Feast of Families in Croke Park.

On Sunday August 26 there are two events that are open to the public:

- Closing Mass for the World Meeting of Families, Phoenix Park, Dublin at 3pm.

The Pope will also meet Bishops in the Convent of the Dominican Sisters and a farewell ceremony will be held at Dublin airport.

Members of the public will need a ticket for the Sunday events and 500,000 tickets will be made available for the Phoenix Park mass.