Appeal for prayers for aid workers in Syria after convoy bomb

Syrians are still without any aid supplies as the United States and Russia continue to point the finger of blame over the bombing of a convoy.

The US said it holds Russia responsible for the attacks, which resulted in the deaths of 20 civilians.

Officials have told the BBC that two Russian jets were in the sky above the convoy at the moment it was hit, but Moscow has rejected the accusation. 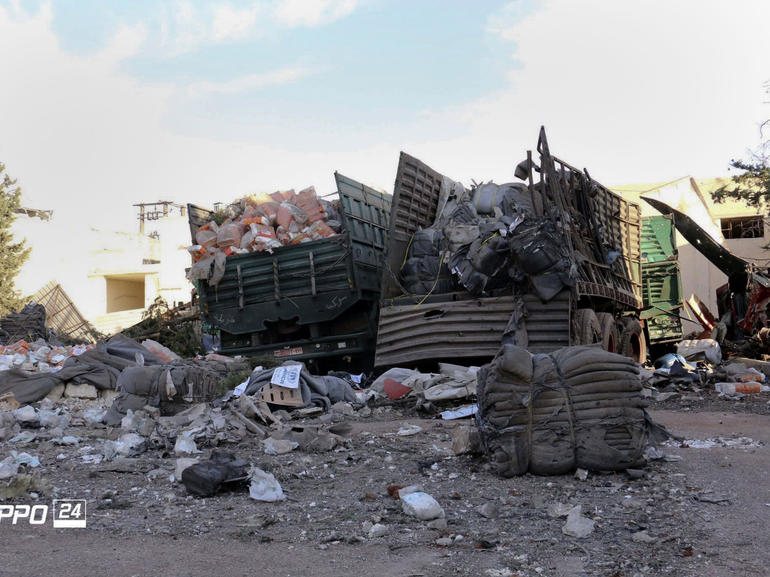 The bombing led the United Nations to announce that it was suspending overland deliveries in Syria, jeopardising food and medical security for millions of besieged and hard-to-reach civilians.

Witnesses described Monday's attack on a Syrian Arab Red Crescent warehouse and convoy in the rebel-held town of Uram al-Kubra in Aleppo province as prolonged and intense, saying the aerial bombardment continued as rescue workers rushed to pull the wounded from the flaming wreckage and rubble.

Speaking to Premier, World Vision's Syria response manager, Christine Latif said it was "one new low after the other".

"It's like every international humanitarian law has been violated," she said. "I don't know whether this is a new low, it's a continued series of lows." 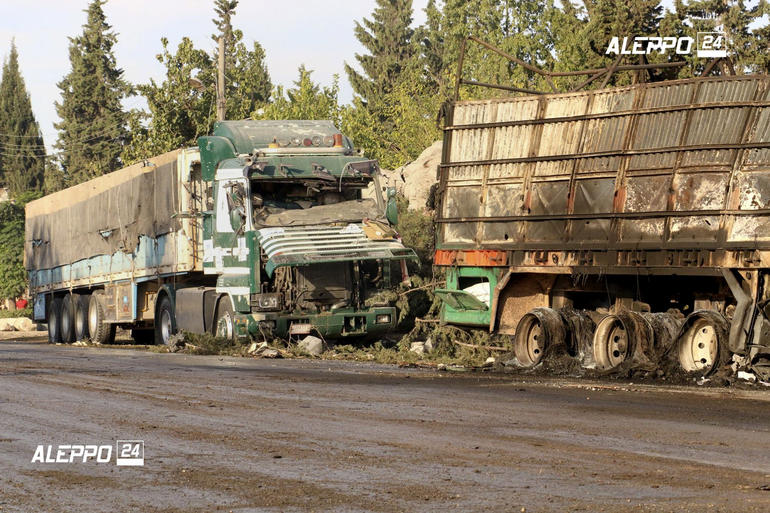 She said many of her colleagues are worried this will not be the last time aid workers are targeted: "Until we reach a diplomatic or political solution to the conflict in Syria that gives us a lasting peace I really feel like these things are going to continue to occur.

"I am everyday so grateful and thankful for the bravery of the World Vision staff there [Syria]. They know the situation they're in and the dangers they face but they still go out there to help people.

"I really think that we should all recognise and thank the humanitarian workers who are there.

"We appreciate the prayers... for the humanitarian workers in Syria, for their safety as they do this work and the safety of the communities that they work with." 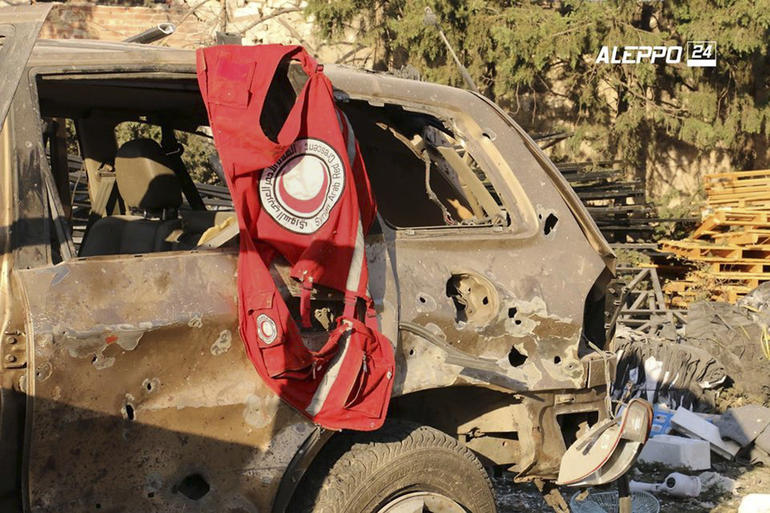 She said World Vision was "doing its best in this situation" that was a "daily battle".

Pointing to the fact that Syria's rebels do not possess an air force, the White House said process of elimination indicated that either Syria's military or Russia's launched the attack.

Both Syrian and Russian aircraft operate over the province, while the US-led coalition targets the Islamic State group in other parts of the country.