The plans for the service come as South Africa declared ten days of national mourning for the anti-apartheid activist and ex-wife of Nelson Mandela who died after a long illness.

Ms Madikizela-Mandela's house in Soweto has been visited by mourners since she died on Monday aged 81.

Women's league members from South Africa's ruling party sang outside the home on Tuesday and Julius Malema, an opposition leader, spoke to a crowd of supporters, saying South Africans must "bid farewell to a giant". 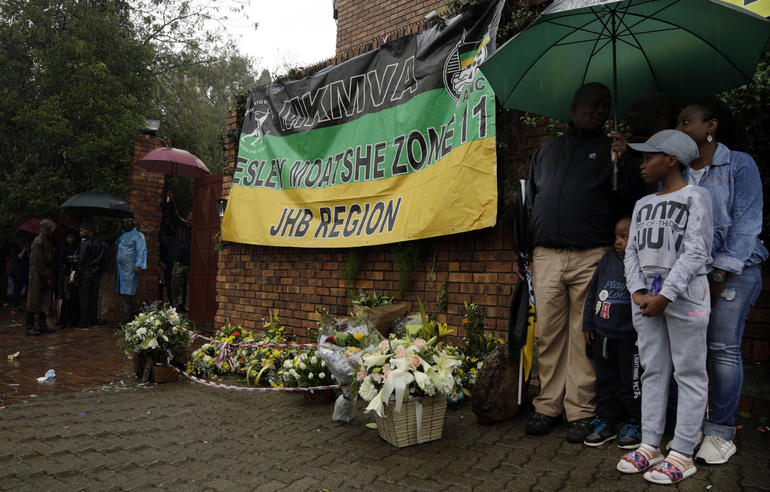 The South African flag will fly at half-mast at official locations and at South African diplomatic missions abroad during the mourning period, which will end on April 14, according to Mr Ramaphosa's office.

Ms Madikizela-Mandela was persecuted by the apartheid government, and venerated by many South Africans, because of her activism against white minority rule.

Her reputation was sullied by scandals, including a 1991 conviction for kidnapping and assault.