An American police officer in plainclothes has shot dead a Black Christian drummer whose car had broken down and was waiting to be rescued.

Mr Raja (below, right) saw what he believed was an abandoned vehicle on the side of the Interstate 95 motorway and went to investigate in his unmarked police vehicle. 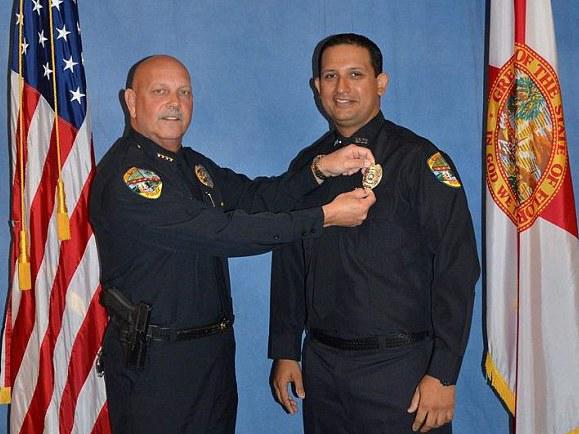 The police officer says he was then forced to shoot Corey Jones, who confronted him with a handgun.

Corey Jones had legally bought a firearm three days before, and Palm Beach police released a photo appearing to show a handgun was found near the scene. 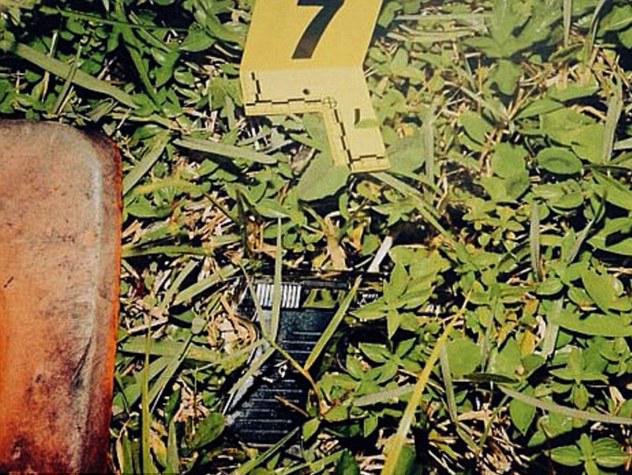 In a statement Palm Beach Gardens Police Department said: 'As the officer exited his vehicle, he was suddenly confronted by an armed subject.

'As a result of the confrontation, the officer discharged his firearm resulting in the death of the subject, Corey Jones.

'Per Department policy the officer is currently on paid administrative leave and an independent investigation is being conducted by the Palm Beach County Sheriff's Office.'

Mr Jones, a member of the band Future Prezidents, was due to play drums in his church worship the following morning - something he had done many times before.

Benjamin Dixon, a friend of Corey Jones, tweeted his reaction to the death and told New York Daily News: 'He was a church musician... a church man. He was the most laid back, easy going guy I've ever worked with."

The police killed a friend of mine this morning. Before they tell you he was a thug, he played drums in church every single Sunday.

And the drummer's family said in a statement: "Corey Jones was a God-fearing man who dedicated his life to doing the right thing."

"He lived every moment to the fullest and was an inspiration to many; the kind of son, brother and friend people could only hope for."