12 things we learned this year

It was revealed in March this year that the images painted on the roof of St Paul's Cathedral by William Blake Richmond in 1890, could depict the theory of evolution. The cathedral's head of collections, Simon Carter, said the mosaic appears to support Darwin's theories about the survival of the fittest - which he said is shown through a depiction of a fish with teeth "fighting for survival."

2. Katy Perry won her lawsuit against a group of nuns

International pop star Katy Perry has spent much of 2016 involved in a lawsuit with a group of nuns. After the lengthy legal battle, Perry is now able to purchase and live in the nuns' old convent. The dispute arose after the nuns watched Perry's music videos and decided they'd rather not sell the building to them, as had previously been agreed. A judge in Los Angeles ruled against the nuns and said their attempt to sell the convent to a restaurant owner instead of the singer was invalid.

3. Biblical beer has been brewed

Herzel Brewey in Jerusalem was given 5kg of wheat which was the same strain used to brew beer in the Holy Land 2,000 years ago. The business used the donation of grain from geneticists at Tel Aviv University to produce 20-litres of the beverage which has a three per cent alcohol content. The beer was said to have tasted like the beer in the time of Jesus. Unfortunately for biblical beer lovers, only one batch of the craft beer was brewed and there are no plans to make another batch.

US rapper Snoop Dogg surprised Christians by posted a video on Instagram of him singing gospel song 'I'd rather have Jesus' earlier this year. The song was made famous during Billy Graham's evangelistic rallies by worship leader George Beverly Shae.

5. This viral video sensation was made by a worship leader

An American worship leader became an internet sensation overnight for laughing at a Chewbacca mask she bought. Candace Payne bought the mask of the Star Wars character at a discount while making some clothing returns at a supermarket in Texas and posted a video of her enjoying her new purchase on Facebook. Her video was viewed more than 140 million times, becoming the most-watched Facebook Live video ever released.

6. The Bible is now available in emoji

Developers have translated the Bible using emojis. The team have included the pictures - used in internet and smartphone messaging - to create the new version. They want the new translation to help make the Bible more accessible and approachable.

7. There could be a sequel to The Passion of the Christ

Discussions have taken place regarding whether there could be a sequel to The Passion of the Christ. The original film, directed by Mel Gibson tells the story of Jesus' crucifixion. The next installment will tell the story of the Jesus' resurrection, according to The Hollywood Reporter. Screenwriter Randall Wallace said: "The Passion is the beginning and there's a lot more story to tell."

8. A life-size Noah's Ark is now open for business

A 510ft Noah's Ark model costing more than £100 million opened in Kentucky, USA this summer. The 155m long boat was built by Australian creationist and President of Answers in Genesis Ken Ham. The group has said their ark is built based on dimensions given in the Bible. Ham told the Daily Mail the ark will be one of the "greatest Christian outreaches of this era in history." The Ark is not to be confused with a separate project The Ark of Noah by Johan Huibers which also attracted media attention in 2016. Huibers' ark is docked in the Netherlands and is being used as a tool to explain the gospel. It was due to be transported to Brazil for the Rio Olympics but this was cancelled following concerns about the Zika virus and "personal safety".

It was revealed that a record number of people attended an Alpha course in 2015. Across around 9,000 churches, 271,000 took up invites from friends or churches to take part in the eleven week series. The course, which was created out of Holy Trinity Brompton, gives people a basic introduction to Christianity. With the launch of the new Alpha film series, many are predicting even more people will engage with Alpha in 2016.

10. This boy was so excited about his baptism, he went viral

An American boy's baptism video enjoyed millions of views on Facebook this year. Jordan had been excitedly waiting for his baptism "a long time" according to the minister in the video conducting it. The young child was so excited to be baptised that he refused to wait for the minister to finish praying and dunked himself in the water. Holding his nose, Jordan shouted "I'll do it"! But Jordan's baptism wasn't the only one to go viral this year. See this head-first effort from the Georgian Orthodox Patriarch. 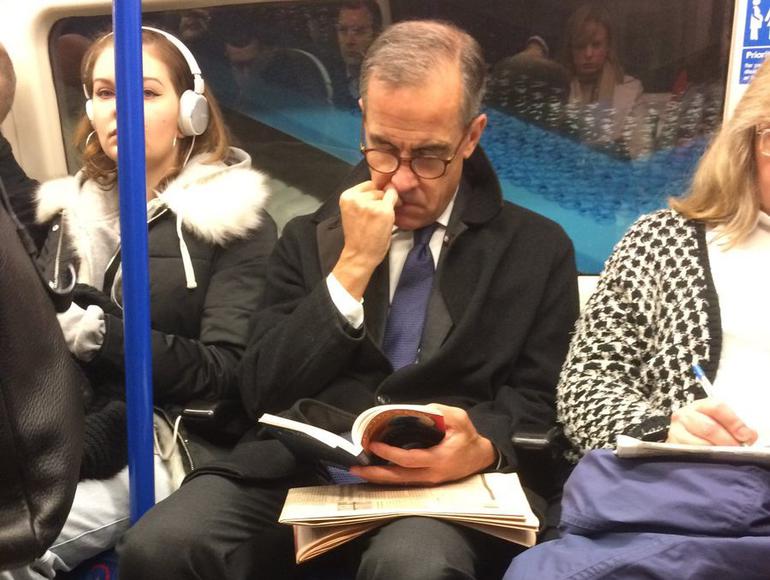 12. Street pastors will save NHS £13million during festive period

Street pastors are set to save the NHS millions of pounds as they divert drunks away from A&E during the festive period. On most British high streets a group of Christians will patrol the night time economy providing support and help for people who have had too much to drink. Premier has calculated that street pastors will save the health service around £13million in the month of December. Across the UK there are 300 teams of street pastors in towns and cities and each group helps, on average, 100 people on a Friday and Saturday night.