South Korea says it is to continue a military intelligence-sharing pact with Japan that had been threatened by a long-running dispute.

The move was welcomed by the US which had urged the two countries to settle their differences.

Seoul announced its decision on Friday, just hours before the pact was due to expire.

Tensions between South Korea and Japan go back decades but have recently led to a series of tit-for-tat measures.

The tensions have historical roots, and the two countries became embroiled in a deepening trade and diplomatic dispute this year.

The intelligence pact, known as GSOMIA (General Security of Military Information Agreement), allowed the two countries to share information about North Korea's military and nuclear activities directly with each other.

Without it, information would have had to go through their joint-allies in Washington, slowing the process down.

WCC general secretary Rev Dr Olav Fykse Tveit said about the visit to Korea: "Over the decades, WCC has been privileged to accompany and support the prophetic witness of the churches of South Korea and of the NCCK in these and other contexts." 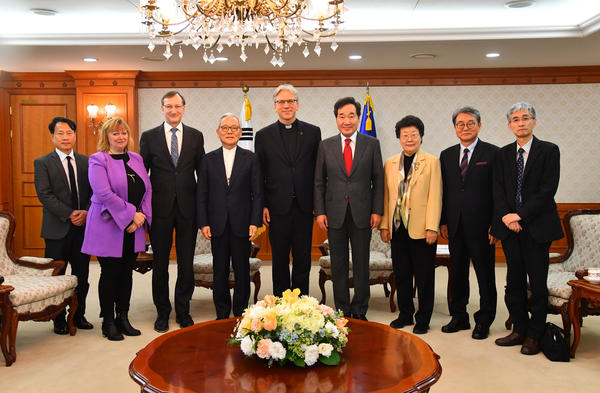 "I think everybody's hope is for a swift progress towards a sustainable peace in the region, given the very significant, even catastrophic risks of any conflict that might take place, not only for the people of the region, but for the whole world.

"The window of opportunity for progress towards peace is still open. I know that this is the perspective of the South Korean government that they still hope to move forward to achieve further progress.

"In this process and for WCC's part, we want to convey our strong commitment to continuing our efforts in supporting the objective of promoting more people to people encounter, in helping to build a constituency for peace."