WATCH: Vicar reportedly facing investigation for hugging mourner at funeral and singing without a mask

A vicar has claimed he is being bullied out of his job and that he is being investigated by the Church of England for breaking Covid rules.

Rev Charlie Boyle (pictured), the vicar at All Saints' Church in Poole, Dorset, claims church authorities are intimidating him into leaving by launching "petty" complaints about his behaviour during Covid.

According to the Mail on Sunday and campaign group Christian Concern, the complaints to the Diocese of Salisbury centre around a few alleged actions, including singing 'Thine Be The Glory' while walking down the church aisle while carrying a large Cross at the end of an Easter service, hugging someone at a funeral, placing Bible on pews (which had been in storage for a year) and failing to take overall responsibility for Covid risk-assessments of the church.

Watch the clip below:

At the Easter service there is said to have been around 15 worshippers and that Rev Charlie Boyle is exempt from wearing a mask as he is asthmatic. He also said the singing sounds louder than in reality in the video because he was wearing a microphone.

The Church of England minister said: "What, on Easter Sunday, I can't pick up the Cross and say, 'Thine Be The Glory, Risen Conquering Son'? It was just an instinctive reaction to sing that song...There was hardly anyone in the church anyway. I feel shocked and saddened that they could be so petty."

Speaking to Christian Concern, he said: "Furthermore, I am shocked that one of the allegations against me is that I brought Bibles into a church."

Rev Charlie Boyle has told the story in his own words to Christian Concern in this video:

It is possible that complaints about Rev Charlie Boyle stem from an already established dislike of his leadership. As a former HTB member and evangelical, he joined All Saints' Church in 2013 brought in more modern music and structures to grow the church.

He accepts that a small number of mainly older worshippers have been unhappy with his leadership and have been filing complaints since 2018 to the Diocese of Salisbury.

Facebook posts suggest both Charlie and his wife Sarah are sceptical about the Covid vaccines, dislike the idea of masks and vaccine passports and are concerned about the impact of lockdowns on mental health.

Rev Charlie Boyle explained to the Mail on Sunday that he has already rejected a proposal from Archdeacon of Dorset, Anthony Macrow-Wood, to quietly resign in order to avoid a confrontation with the Church of England.

The Archdeacon then reportedly revealed he was considering bringing a Clergy Discipline Measure (CDM) against him.

Rev Charlie said: "It's very depressing and acutely stressful and it's only my faith that is keeping me going and my belief that God has a good and perfect plan - a better plan."

Speaking of why he hugged a parishioner, he said: "Do you know what? I'd do it again. It's an involuntary reaction of comfort. I feel sad that the whole world has got to this stage where people will complain behind your back about giving a hug to somebody. The motivation to hug someone is out of kindness and love."

He's also being picked-up on for using his own beach hut to record a sermon.

Rev Charlie Boyle had met with the now retired Rt Rev Nicholas Holtam, the retiring Bishop of Salisbury, who sided with the Archdeacon, saying: "On the basis of the information provided by the Archdeacon, he and I have been advised that there appears to be sufficient substance and seriousness for him to make a complaint - if he does so and that complaint is upheld it would lead to a penalty being imposed which would be a serious blemish on your record." 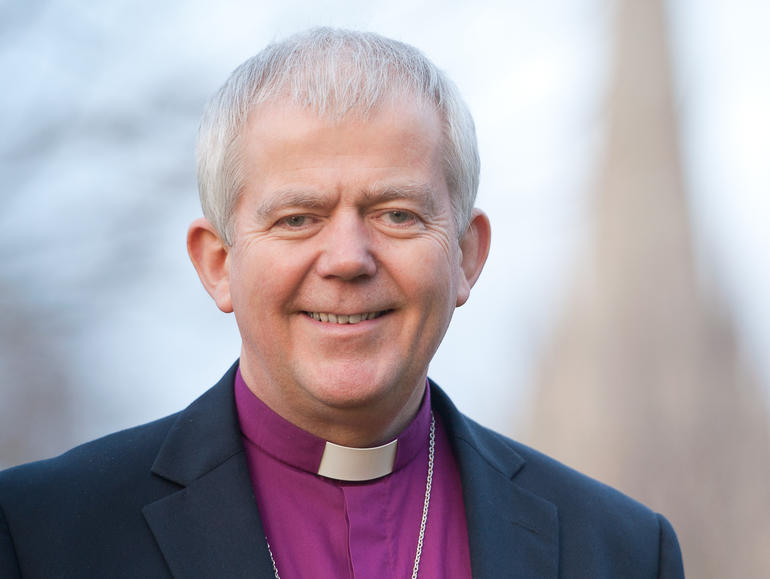 A spokesman for the Diocese of Salisbury said: "The Diocese cannot comment on individual cases.High standards of integrity and service are expected from our clergy. Occasionally clergy fall short of what is expected and complaints are brought against them. These matters need to be dealt with in a formal and confidential way.

"The Clergy Disciplinary Measure can be used by anyone who has a formal complaint. Such complaints need to be thoroughly investigated with pastoral support always being offered at the same time."