A Twitter row has broken out over whether Mike Pence's following of the 'Billy Graham Rule' is chivalrous or chauvinistic.

A Washington Post article published on Thursday cited a 2002 interview with US vice-president Mike Pence in which he said he would never eat alone with a woman other than his wife, Karen.

The rule, which was famously followed by evangelist Billy Graham is relatively common among evangelicals.

Pence also stated that he would not attend an event where there was alcohol being served without his wife by his side. 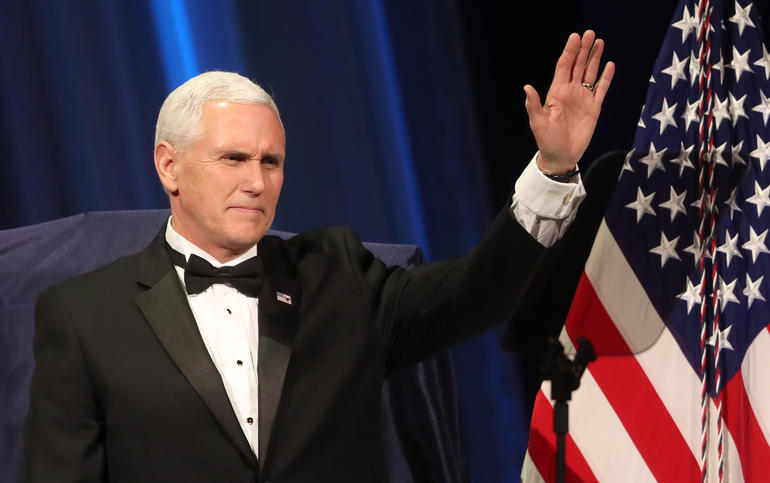 The resurfacing of the 15 year old interview set Twitter alight with reaction.

Some users dubbed his comments sexist, with a number of women saying that they wouldn't have got very far in their careers if they followed the same rule.

Re the Mike Pence quote: Trying to imagine what my career would look like if I'd refused to dine solo with male editors & interview subjects

Mike Pence never eats alone with a woman other than his wife. This says a lot about how he views himself and his self-control. https://t.co/Tg7gMxOiDd

Others praised Pence, saying he was being respectful to his wife.

Why are people upset with Mike Pence for showing extreme faithfulness to his wife? That ought to be the standard for husbands.

@AshleyRParker These are completely reasonable boundaries—especially for people in public life who come under media scrutiny. Like this.

On Thursday the BBC asked the vice-president's press secretary Marc Lotter whether Pence still followed the rule. He replied: "I think you are taking this entirely out of context. He set a standard to ensure a strong marriage when he first came to DC as a congressman, clearly that worked."

Mike and Karen Pence have been married 32 years. The pair met at a Catholic Church where they both attended. Later they became Evangelical Christians.